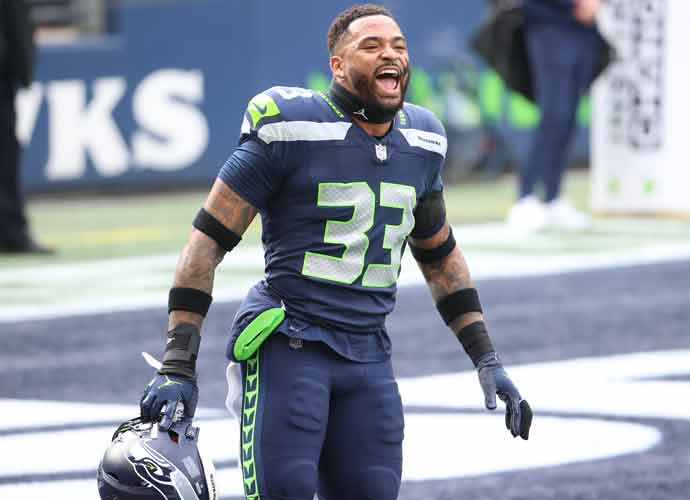 EATTLE, WASHINGTON - JANUARY 09: Jamal Adams #33 of the Seattle Seahawks reacts during pre-game activates prior to the NFC Wild Card Playoff game against the Los Angeles Rams at Lumen Field on January 09, 2021 in Seattle, Washington. (Photo by Abbie Parr/Getty Images)

Seattle Seahawks safety Jamal Adams’ season could be over.

The injury happened in the second quarter after Adams laid a hit on quarterback Russell Wilson.

Although the 26-year-old got up immediately, he was seen limping in obvious pain that did not get any better throughout the night.

He was eventually carted off the field and was forced to miss the rest of the game.

Jamal Adams is injured and doubtful to return pic.twitter.com/gxoyQiwaxe

Worse yet, it appears that he will miss the majority of the season – or perhaps the entirety of it.

That’s if he indeed suffered a torn quad, which appears to be the case, according to NFL Network insider Ian Rapport.

“I don’t know the extent of that yet but I know it’s serious and it just breaks your heart,” Carroll said.

Adams was initially acquired from the New York Jets in a massive package that included two first-round picks.

But the deal hasn’t worked out for the Seahawks thus far.

The two-time pro bowler with the Jets has missed nine games in the past two seasons.

In 2020, Adams suffered a torn labrum and had surgery in the offseason.

And in the following year, he sustained the same injury in week 13.

In 2021, Adams signed a four-year extension worth $70 million with the Seahawks.

At the time, that made him the highest-paid safety.

But now the Seahawks will have to plan without Adams for potentially the rest of the year.

The team will face off against the division rival San Francisco 49ers next Sunday.

Read more about:
Jamal Adams Seattle Seahawks
Listen to the uInterview Podcast!
Get the most-revealing celebrity conversations with the uInterview podcast!