Saints' To Start Taysom Hill As Quarterback Ahead Of Falcons Matchup - uSports.org 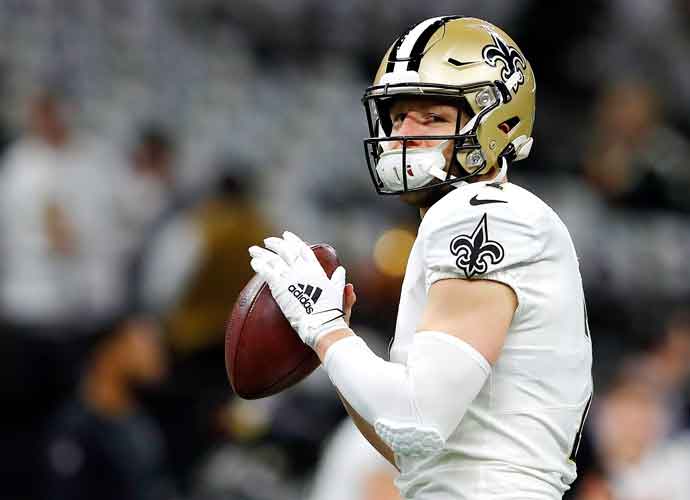 It is now Taysom Hill‘s time shine to shine as the New Orlean Saints have announced he will start as a quarterback instead of Jameis Winston.

The team announced Thursday that Hill will be their starting quarterback for their Sunday matchup against the Atlanta Falcons. This comes as a surprise because Winston is seemingly the better option to start. Winston is more experienced and was the one to have replaced Drew Brees, who suffered a rib injury in the first half of their matchup against the San Fransico 49ers.

Winston was signed by New Orleans to a one-year deal worth $1.1 million. So far Winston is 6 of 10 in passes for 63 yards. He is credited by Hill and his teammates for his leadership and attitude throughout this season.

The decision to start Hill affirms that the team has confidence in his ability to be a starting quarterback. The Saint’s gave Hill a two-year $30 million contract extension in the offseason. It is still unknown if Hill will remain the quarterback after their matchup on Sunday. This also gives the Saints time to think of the possibility of Brees retiring after this season.

Hill is currently 30-years-old and is not well proven to be starting as a quarterback. So far in his NFL career as a quarterback, he is 11 of 20 for passes, has a total of 255 yards with zero touchdowns and one interception. Hill has not thrown a touchdown pass since his final college season in BYU. He briefly played for seven snaps during the Saint’s Sunday win. Hill rushed for five snaps and gained 31 yards, lost a fumble and was sacked.

The 30-year-old has had various positions in the past seasons with the Saints. He has played as a quarterback, running back, tight end, wide receiver and fullback. He has done it all for the Saints and currently four of five with 85 yards this season.