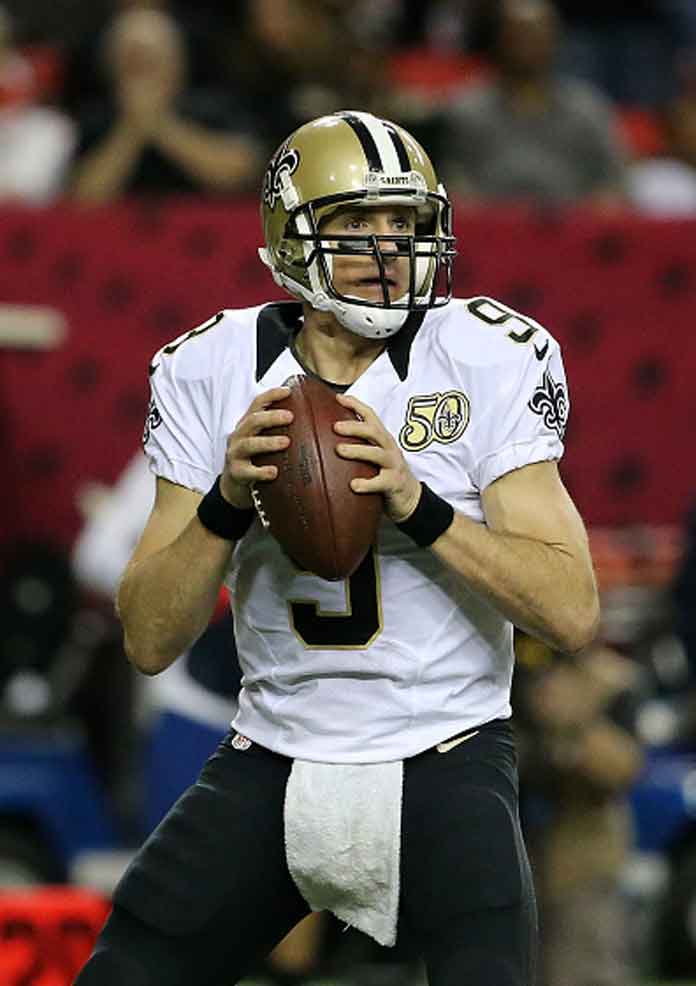 New Orleans Saints is preparing to miss Drew Brees for some time. The star quarterback suffered a rib contusion during Sunday’s game against the San Francisco 49ers.

Brees will undergo an MRI for any more cartilage damage on Monday.

The 41-year-old quarterback was pulled after the first half and did not play during the second half. Brees said after the game, per Mike Triplett of ESPN, “When I came out in the second half and started throwing the ball, it became really apparent that I wasn’t gonna be effective, I can’t really describe it other than it was preventing me from doing my job.”

Throughout his 13-years with the Saints, Brees has only missed a handful of games. The quarterback has missed only three games in 13 years. Last season, he missed five games because of a thumb injury.

As Brees nears his 42nd birthday, the Saints are preparing with the hiring a solid backup quarterback. The Saints were able to sign Jameis Winston to a one-year $1.1 million contract before the season started.

Winston made his debut with the Saints in week 9 during their 38-3 win over the Buccaneers. He played in during garbage time.

The 26-year-old Winston previously played for the Tampa Bay Buccaneers from 2015-2019 before Tampa replaced him with Tom Brady. During his last season with Tampa, Winston made history becoming the first player with 30 touchdowns and 30 interceptions.

This is one of the riskiest players to have due to his high number of interceptions last season. In comparison, Brees only had recorded 32 interceptions in between the 2016-2019 season. Although the risk of interceptions is there, Winston is still a solid quarterback to have as a backup.