Royals Rout Blue Jays To Get Within One Game For World Series Bid - uSports.org 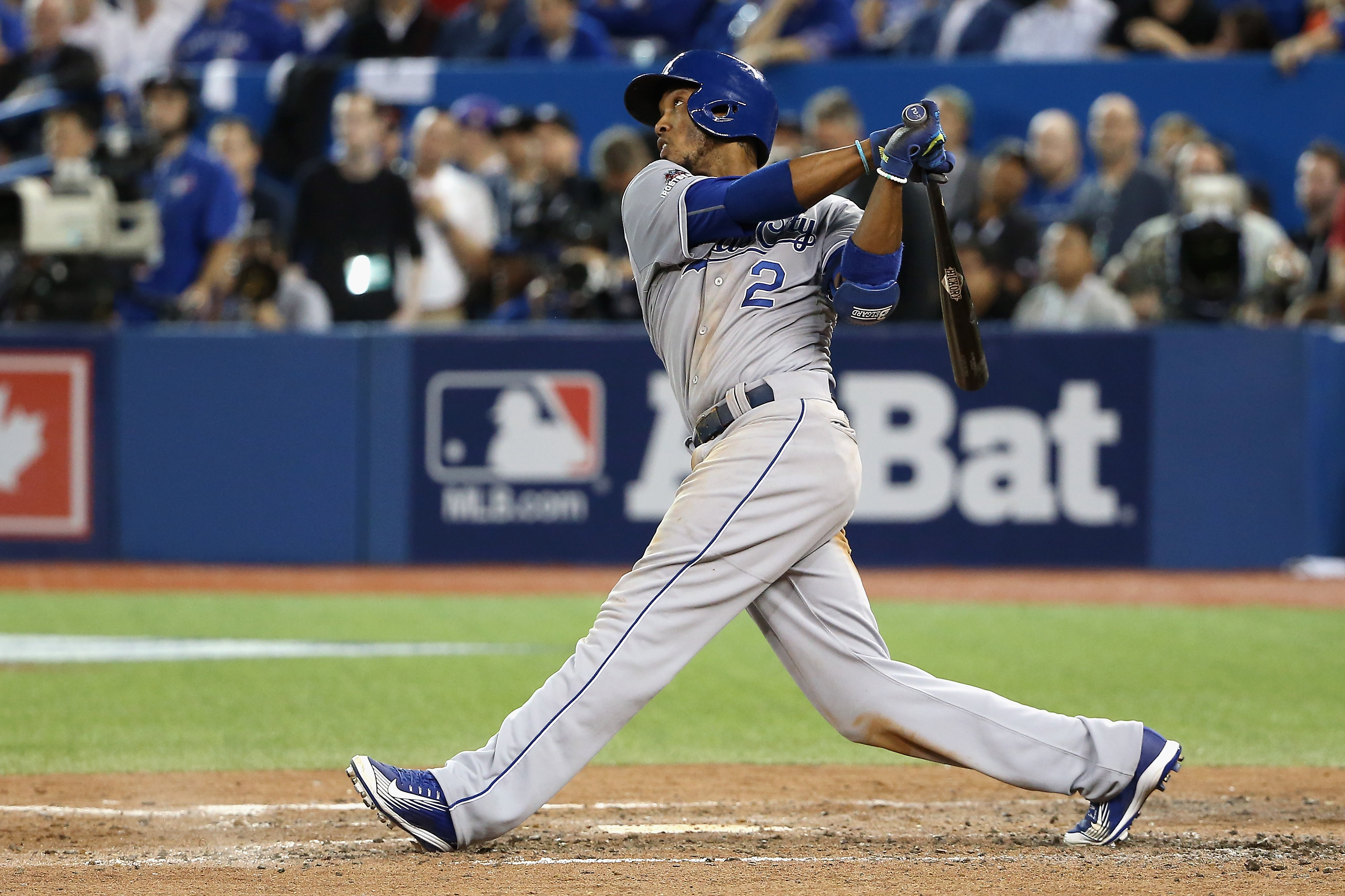 TORONTO, ON - OCTOBER 20: Alcides Escobar #2 of the Kansas City Royals hits a sacrifice fly ball RBI in the seventh inning against the Toronto Blue Jays during game four of the American League Championship Series at Rogers Centre on October 20, 2015 in Toronto, Canada. (Photo by Tom Szczerbowski/Getty Images)

The Kansas City Royals are looking as stern as ever, showing the world that they are poised and organized in their capabilities of winning games, especially now with the postseason well underway. Currently, they are one win away from going to their second straight World Series after a diminishing 14-2 win over the Toronto Blue Jays last night at the Rogers Centre in Toronto.

The Royals hopped on veteran Blue Jays pitcher R.A. Dickey early, known for his knuckleball pitch, through the first two innings before he was taken out because of Royals batters Ben Zobrist and Alex Rios hitting home runs. After four innings of no runs thank to Blue Jays reliever Liam Hendricks, the Royals went right back it with scoring nine more runs off Blue Jays relievers, led mostly by Alcides Escobar and Lorenzo Cain. “There’s no dead spots in that lineup,” Royals manager Ned Yost said. “The offensive sequence continues to flow from one to nine, and that’s big. That’s big. You don’t get to a point where you’re saying, ‘Oh, man, we’re at the bottom of the order,’ where the offensive rally will stop. These guys all have the ability to keep a rally going.”

The Blue Jays lost all hope in their bullpen that they had to bring in shortstop Cliff Pennington to pitch a third of an inning, allowing two hits himself. “It was getting so ugly,” Blue Jays manager John Gibbons said. “You try to have a little pride anyway. I hate to use position players. Maybe we made history.”

The Royals can clinch the American League pennant today if they win Game 5 at which will happen in Toronto at 4:07 p.m. with the pitching matchup slated to have the Royals’ Edinson Volquez and the Blue Jays’ Marco Estrada facing each other on the mound.

Photo: TORONTO, ON – OCTOBER 20: Alcides Escobar #2 of the Kansas City Royals hits a sacrifice fly ball RBI in the seventh inning against the Toronto Blue Jays during game four of the American League Championship Series at Rogers Centre on October 20, 2015 in Toronto, Canada. (Photo by Tom Szczerbowski/Getty Images)