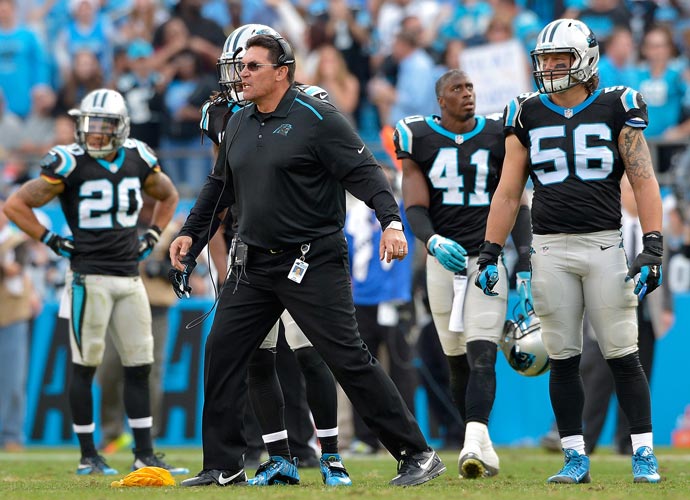 Ron Rivera was fired Tuesday after nine seasons as the Carolina Panthers Head Coach. Rivera leaves the team with an overall record of 76-63-1 going 3-4 in the playoffs. It was the first NFL head-coaching gig in his career.

“We did a lot. The people. We brought in good men, good coaches. We did things the right way,” Rivera told the Panthers website.

Before getting his first head coaching job Rivera had a few stops along the way. His first defensive coordinator job began with the Chicago Bears from 2004-2006 before landing in San Diego from 2007-2010. He was a highly respected coach and many players spread the word of his reputation throughout the league.

Current Panthers Tight End Greg Olsen tweeted, “On the day I was traded to the @Panthers in 2011, every player who played for Ron in Chicago said the same thing to me on my way out. ‘You are going to play for a great coach, but a better man. I am so proud to have shared this 9 yr journey together with you @RiverboatRonHC.”

Quarterback Cam Newton posted on Instagram, “This one hurt deep!! Will be forever grateful because of the impact you had on my life. Thank you for giving me an opportunity. Thank you for believing in me. I can go on and on but most importantly; Thank you for allowing me to be me!

After an up and down year that saw stalwart franchise quarterback Cam Newton shut down after an injury, it was hard to tell where the franchise was heading next. Undrafted free agent Kyle Allen took over for Newton in Week 3 and after going 5-2 as a starter there was hope that Carolina could salvage the season. Since then the Panthers have lost four straight and sit in third place in the NFC South with a 5-7 record. With the playoffs out of reach and Newton likely to be dealt this offseason, it doesn’t come as a surprise that owner, David Tepper, is looking to rebuild the team.

“There is a point where you have to try to elevate a whole organization, and without shaking the tree you can’t get any apples. I thought it was time. Why specifically now is I was informed of other teams doing different types of searches out there, and I’m not going to start a search and not tell Ron Rivera I’m starting a search. Too good of a man.”

Rivera’s 2015, 15-1 season will most likely remain the best in franchise history.