Romeo Parkes Fired From USL Riverhounds After Kicking Opponent In The Back - uSports.org 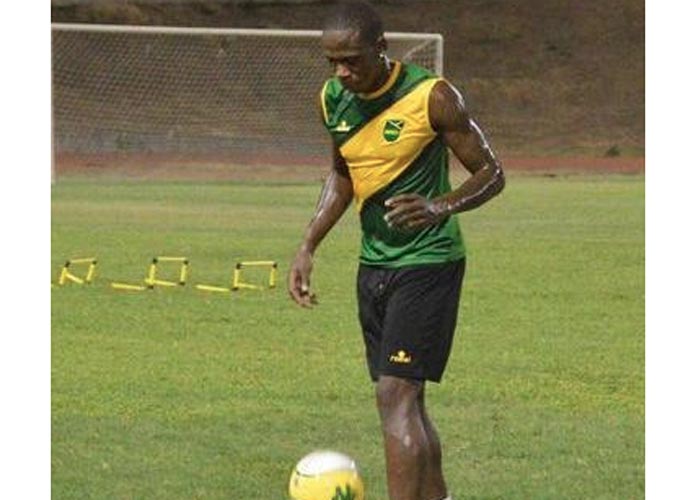 Romeo Parkes may have trouble finding a soccer team in the United States that’s willing to employ him.

Romeo Parkes Fired From Riverhounds After Kicking Opponent In The Back

The referee had dismissed both players late in the second half, and both had begun walking off the field when Parkes began angrily shouting at Ouimette, who walked in front and seemed to ignore him. When Ouimette did not respond, Parkes threw a hard kick aimed at his back.

A scrum immediately ensued between the rest of the players of both teams on the field, although the officials quickly shut it down. Ouimette, 23, was stretchered off the field, but according to FOX Sports, teammates said on Twitter that he was walking around after the game.

Parkes is a Jamaican international and is on his country’s preliminary roster for Copa America 2016, which will take place in the US in June. He apologized via Twitter shortly after the game.

To the fans, my teams, the city of PGH, NY Red Bulls 2 and the USL, I recognized that my action was wrong and inappropriate.

and I sincerely apologize and regret my actions. Despite the continous altercation throughout the game my further action after I was carded

Was unwarrented and i ask for my fans, the league and my teammates as well as the New York Red Bulls to accept my sincere apology.

@karlouimette ( karl) I’d like say to thank you for speaking w/me after the match.I’m genuinely happy you’re okay+have accepted my apology.

@NYRBII #PGHvNY @USL Unsportsmanlike! Parks should be suspended as long as Ouimette is injured. pic.twitter.com/XbHNUTEsBl

“We have completed our initial review of the incident and have suspended Romeo Parkes of the Pittsburgh Riverhounds immediately for his actions against Karl Ouimette of the NY Red Bulls II. The USL will immediately begin a full investigation and interview all parties involved, which could result in additional disciplinary actions. Any type of behavior that is detrimental to the safety and well-being of our players will not be tolerated. We have spoken with both teams and they understand the seriousness of the situation. Fair play is paramount in the game of soccer and in the USL.”

Parkes has scored in five consecutive games, although it remains unclear whether or not he’ll appear in another game, be it in the USL or in any other US league.

The Red Bulls II defeated the Riverhounds 3-1 at Highmark Stadium in Pittsburgh on Saturday. Parke scored the lone goal for the Riverhounds in the 10th minute, the first goal of the game.