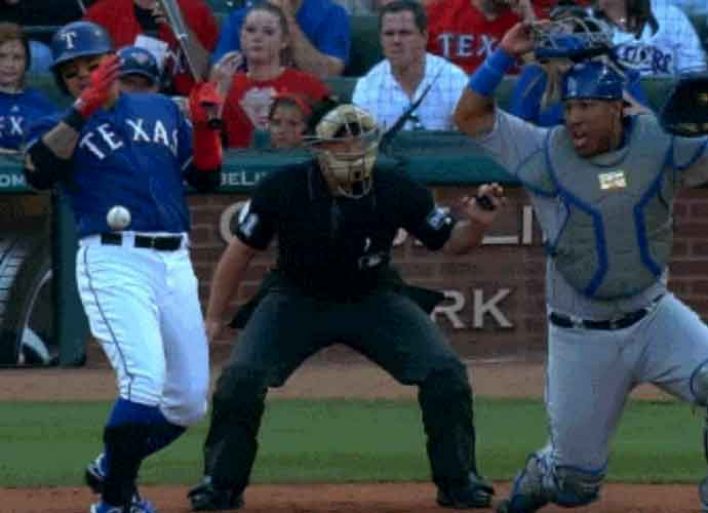 They are finally here. The Atlantic League has become the first professional baseball league to the debut of robot umpires this week during their All-Star Game.

Homeplate umpire, Brian deBrauwere, wore an earpiece during the game that connected to an iPhone in his back pocket. deBrauwere then relayed the call upon receiving it from a TrackMan computer system that uses Doppler radar.

“Until we can trust this system 100 percent, I still have to go back there with the intention of getting a pitch correct, because if the system fails, it doesn’t pick a pitch up, or if it registers a pitch that’s a foot-and-a-half off the plate as a strike, I have to be prepared to correct that,” deBrauwere said before the game.

“One time I already had caught the ball back from the catcher, and he signaled strike,” said pitcher Daryl Thompson, who didn’t realize the technology was being used until he disagreed with the call.

One infielder, L.J. Mazzilli, said that a few times batters who struck out lingered for an extra second or two in the batter’s box waiting for a called strike three.

“The future is crazy, but it’s cool to see the direction of baseball,” Mazzilli said.

Even with this new technology, umpires still have the ability to override the computer’s decisions. Former major leaguer, Kirk Nieuwenhuis, does not like the idea of giving umps veto power.

“If the umpire still has discretion, it defeats the purpose,” said Nieuwenhuis, who batted .221 with 31 homers in 978 at-bats with the Mets, Angels, and Brewers.

“This is an exciting night for MLB, the Atlantic League, baseball generally,” said Morgan Sword, MLB’s senior vice president of economics and operations. “This idea has been around for a long time, and it’s the first time it’s been brought to life in a comprehensive way.”