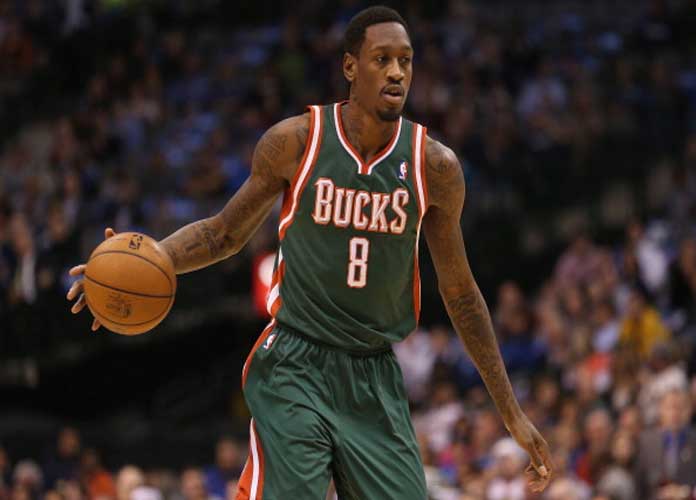 DALLAS, TX - FEBRUARY 26: Larry Sanders #8 of the Milwaukee Bucks at American Airlines Center on February 26, 2013 in Dallas, Texas. NOTE TO USER: User expressly acknowledges and agrees that, by downloading and or using this photograph, User is consenting to the terms and conditions of the Getty Images License Agreement. (Photo by Ronald Martinez/Getty Images)

The Cleveland Cavaliers have vetted center Larry Sanders and reached an agreement to sign him via a free-agent deal.

The Vertical’s Shams Charania first reported the news. No details of the deal are yet available.

Sanders, 28, will fill the 15th spot on the Cavs’ roster that opened up when Andrew Bogut fractured his left leg, an injury that has ended his season.

The former Milwaukee Bucks big man has been out of the NBA since February 2015. Sanders accepted a contract buyout with the Bucks. According to the Vertical, Sanders has violated the NBA’s anti-drug policy four times with positive marijuana tests.

He also took a leave of absence, stepping away from the game and checking himself into a hospital for anxiety and depression.

Sanders and his agent Joel Bell are in Cleveland on Monday as the former prepares to take a physical before the deal becomes official. After he is examined, the Cavs will waive Bogut, per sources.

The Vertical reported that Sanders also met with the Boston Celtics and Los Angeles Lakers. He also had a seven-team workout in Miami.

Sanders announced on Jan. 26 that he planned to return to NBA play.

On Sunday, the Cavs fell to the Houston Rockets 117-112 after leading by 14 points, thus taking their fourth loss in five games. Cleveland (43-22, 1st in Eastern Conference) has also struggled on the glass since Kevin Love went out for knee surgery. They next host the Detroit Pistons on Tuesday night.