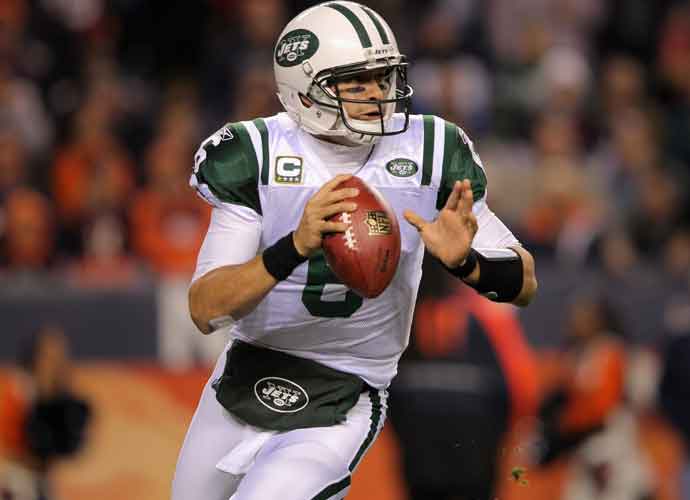 DENVER, CO - NOVEMBER 17: Mark Sanchez #6 of the New York Jets rolls out of the pocket to pass in the first quarter against the Denver Broncos at Invesco Field at Mile High on November 17, 2011 in Denver, Colorado. (Photo by Doug Pensinger/Getty Images)

The Washington Redskins signed Mark Sanchez on Monday to back up quarterback Colt McCoy.

The news comes after Alex Smith endured a brutal injury, a spiral fracture in which his tibia and fibula broke through the skin and his leg flopped like a noodle. Smith had led the team to a division-leading 6-3 record. However, with former Washington quarterback Joe Theismann watching, he suffered an injury that seemed to replicate the former Super Bowl winner’s career-ending one 33 years to the date.

Now, fighting for first place in the chaotic NFC East, Washington’s fate rests on McCoy. This wasn’t the plan. Smith was the plan, as they had traded Kendall Fuller and a third-round pick to Kansas City for him in the offseason. But, the injury left McCoy as the only quarterback on the team. They had to scramble for Sanchez.

Sanchez does have some connections to Washington. Their quarterback coach, Kevin O’Connell, was a backup during Sanchez’s time on the Jets. Redskins offensive coordinator Matt Cavanaugh was Sanchez’s quarterback coach from 2009 to 2012. And the teams assistant head coach held the same job for three seasons in New York that coincided with Sanchez’s.

This isn’t a move that bodes well for the Redskins’ future. Immediately, the team will play a Thanksgiving day game against the division rival Dallas Cowboys. Sanchez might be best known for his infamous Thanksgiving night “Butt Fumble” against the New England Patriots, six years to the date of the team’s next game. During the play, Sanchez tried to scramble and instead ran into his own lineman’s backside, fumbling the ball.

As for the future, it doesn’t look much brighter with him. The Redskins have been one of the best teams at not turning over the ball. In Sanchez’s last two years as New York’s starter, he threw 36 interceptions and fumbled 16 times.

Coach Jay Gruden said that familiarity was part of why the team signed Sanchez. He also added that Smith didn’t suffer any ligament damage and that he’s looking at a timeline of “six to eight” months for recovery.