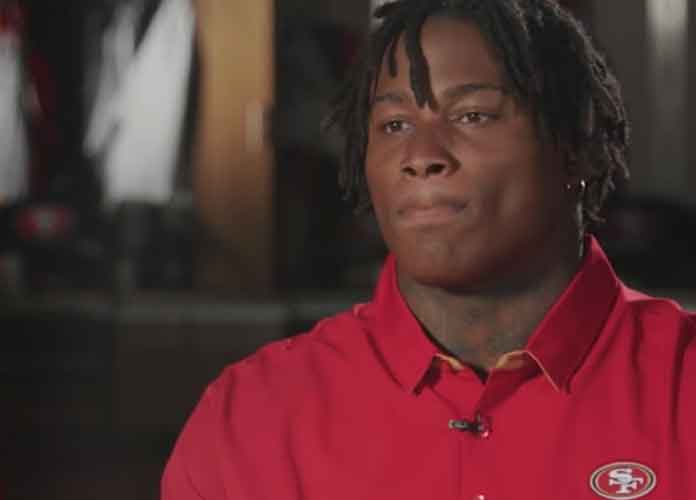 Foster Picked Up By Redskins After Domestic Violence Incident

The announcement comes just two days after Foster was released by the 49ers following a weekend arrest on a domestic violence charge.

Foster was arrested at the team hotel in Tampa on Saturday night, and the 49ers released him the next day.

Tampa police said a 28-year-old female victim, later reported to be his girlfriend, had reported that Foster “slapped her phone out of her hand, pushed her in the chest area and slapped her with an open hand on the left side of her face.”

Later Tuesday, Foster was placed on the NFL commissioner’s exempt list pending a league investigation into the charge. Players on the list are not allowed to attend practices or play in games, which means it is highly unlikely that Foster will play for the Redskins this season.

The Redskins were the only team to make a claim on Foster and the move has prompted outrage from some users on social media given the nature of his arrest.

By claiming Foster, the Redskins are reserving the right to add him to their roster if he is cleared by the league and the criminal justice system.

Redskins President Bruce Allen spearheaded the decision to claim him, while Washington’s front office was far from unanimous about the idea.

The Redskins did not comment beyond releasing a statement from Senior Vice President of Player Personnel Doug Williams that said Washington will conduct its own investigation of Foster and take time to study the allegations.

“The Redskins fully understand the severity of the recent allegations made against Reuben,” Williams said in the statement. “If true, you can be sure these allegations are nothing our organization would ever condone.”

It was the third time this year that Foster had been charged with a crime. He was arrested in January in Alabama for marijuana possession; the charges were later dropped because he was considered a first-time offender.

In June, he pleaded no contest to misdemeanor possession of an assault weapon and was given two years of probation, a 50-day work sentence and a $235 fine.

This would be the fourth incident for Reuben Foster since he was drafted:

The NFL suspended Foster for the first two games this season for violating the league’s conduct and substance abuse policies. He also was sent home from the NFL Scouting Combine in 2017 after an argument with a worker at an Indianapolis hospital.