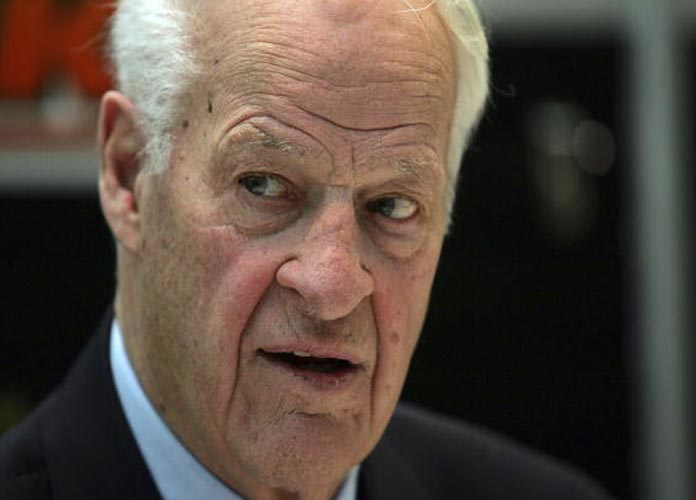 In the first of several events in a season-long tribute, the Detroit Red Wings began to honor the arena they have called home for 37 years on Monday night.

The Wings defeated the Ottawa Senators 5-1 in their season opener on Monday– the final opening night in the long history of Joe Louis Arena. The pre-game ceremony featured a survey of that history in the form of a video narrated by actor and Michigan native Jeff Daniels.

The team also payed tribute to late Wings player and Hall of Famer Gordie Howe– nicknamed ‘Mr. Hockey’–who passed away in June at the age of 88.

Red Wings fans all stood and held up No. 9 signs that were handed to them after the emotional homage.

The Red Wings were also all wearing a “9” on their jerseys, which they will wear all season. “Howe 9” is also painted in red behind each net at Joe Louis Arena.

The team will move to the still-under-construction, $627 million Little Caesars Arena next year for the 2017-2018 season.

Joe Louis Arena opened in 1979 and has housed the Wings ever since. The team played at Olympia Stadium for more than 40 years before that.

Howe won four Stanley Cups with the Red Wings, won six Hart Trophies as the NHL’s most valuable player, and won six Art Ross Trophies as the leading scorer during his time with Detroit between 1946 and 1971.