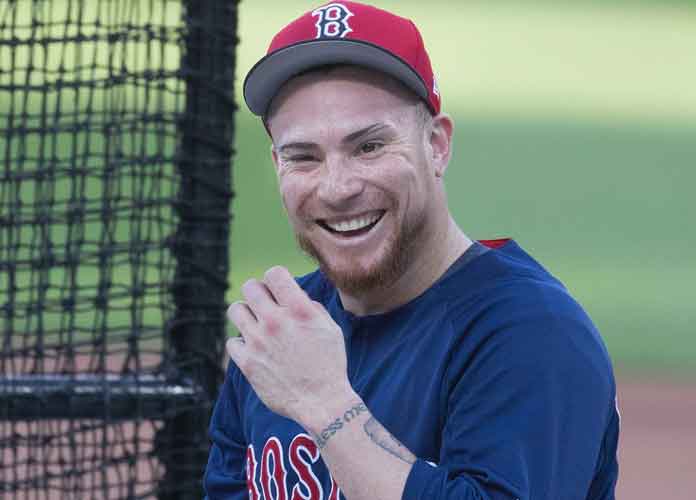 Veteran catcher Christian Vazquez has been traded to the Houston Astros from the Boston Red Sox.

Vazquez had been in trade rumors for quite a while leading up to the deal but had not expected that he would be traded to the Red Sox’s opponent before their series.

Vazquez only had to make the trip from the visitors’ clubhouse to the home clubhouse ahead of the opening pitch in Houston.

Vazquez reacted to the trade in an emotional Instagram post. “There are a lot of mixed feelings as I am writing this,” Vazquez wrote in the caption. “It has been 15 years that we have spent together. Starting back in 2008 when I was drafted by the Red Sox and I left home at 17. Going through the minors and finally making it to the big show in 2014, with all of you behind me. Then in 2015 getting Tommy John and healing from that. To 2018, the great season, when I and you became WORLD CHAMPIONS. Red Sox Nation has been with me all the way.”

Vazquez had spent his entire career with Boston after being drafted in 2008.

Houston continues to stockpile big-name players. Just a few hours prior to the Vazquez trade, the Astros acquired Trey Mancini from the Baltimore Orioles in a massive three-team deal involving the Tampa Bay Rays.

The Astros have continued to strengthen the weaker areas of their offense despite their dominance this season. Houston has a 67-36 record and a 12-game lead on the AL West. With the addition of Mancini they add an outfielder to upgrade over Jose Siri who was hitting .178 with a .542 OPS. Mancini in comparison is hitting .268 with a .751 OPS.

Vazquez also upgrades a glaring hole in the Astros offense, as Houston’s current catcher Martin Maldonado is hitting .173 with a .581 OPS this season. The backups Jordan Castro and Korey Lee are also hitting a combined .138 as well. Vazquez comes in hitting .282 with a .759 OPS and 42 runs batted in.

While Vazquez is set to become a free agent at the end of the year, he adds to the championship pedigree that the Astros will try to achieve this season. Vazquez was a vital part of the Red Sox team that won the World Series in 2018 and he expressed that Boston will forever have a place in his heart.

“It is true that Red Sox Nation is one of the best fan bases in baseball and in the WORLD!” he said.

“Your energy at Fenway, and even on the road, cannot be replicated, and I will hear your cheers in my heart forever. I hope to one day come back to you again, even if I have a different uniform on my back. My family and I will always miss you. Boston will always have a place in my heart, and this is me leaving a piece of it with you. May God Bless all of you, Love you forever Red Sox Nation!”