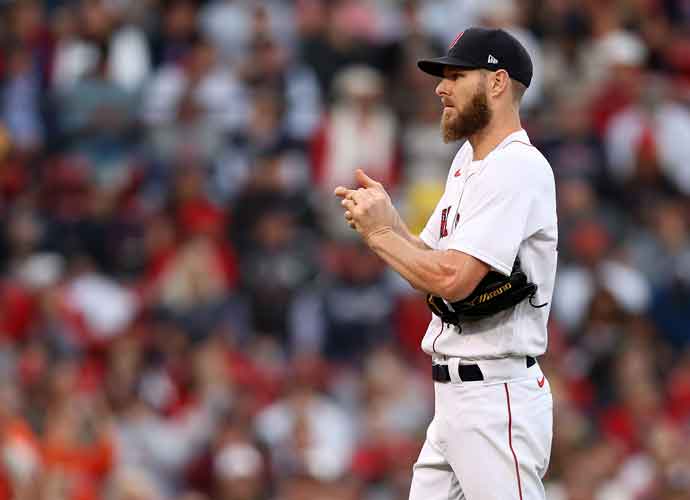 BOSTON, MASSACHUSETTS - OCTOBER 20: Chris Sale #41 of the Boston Red Sox stands on the mound in the second inning of Game Five of the American League Championship Series against the Houston Astros at Fenway Park on October 20, 2021 in Boston, Massachusetts. (Photo by Maddie Meyer/Getty Images)

The 33-year-old southpaw has undergone successful surgery on his right wrist, the team confirmed today.

The injury occurred during a bicycle accident over the weekend.

Unfortunately, Sale will miss the remainder of the season but the Red Sox expect him to be ready for spring training next year.

The news comes after Sale’s brief return from a stress fracture right rib injury he suffered earlier this year.

In just his second start back, he sustained a fractured left pinky against the New York Yankees on July 17.

He was originally expected to return in September – but the new injury will keep him sidelined well beyond then.

Despite the tough luck – fans were nevertheless relentless with reactions

One fan tweeted “I love Chris Sale, but I pray I never have his luck. Guy can’t catch a break…or maybe he’s caught too many “breaks.” I can’t tell which one.”

And here are some memes posted by fans.

Billy, this is Chris Sale. He’s a starting pitcher. He is one of the most underrated players in baseball. His only defect is that he doesn’t know how to ride a bike properly. pic.twitter.com/CCTq7pkRaz

After this season, Sale has two more years left on his deal.

The Red Sox sit 4.5 games out of a wild card spot.