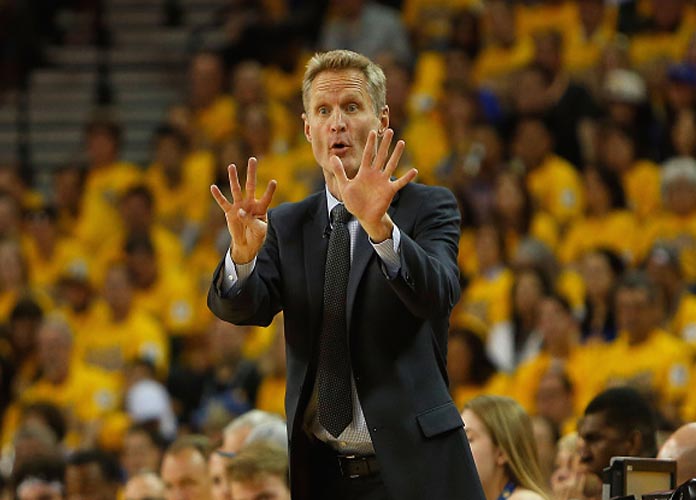 The irony of Golden State Warriors coach Steve Kerr complaining about his team’s lack of proper box outs and all around struggle to crash the glass effectively in Thursday night’s 126-114 loss to the lowly Minnesota Timberwolves, is quite hilarious. Was it not Kerr and the Hampton’s five, the lineup of Stephen Curry, Klay Thompson, Andre Igoudala, Kevin Durant and Draymond Green that pummeled the NBA into oblivion for two consecutive championships and almost a third, had it not been for injuries? They fundamentally altered the NBA, making the use of traditional centers almost obsolete. Curry himself has almost single-handedly destroyed the center’s position in the modern NBA, with his ability to destroy any big man in a five one switch on the pick and roll.

Kerr didn’t just come for his own team on Thursday night, he came for the entire league. “It signals to me a modern team,” Kerr said. “This is the modern NBA; guys don’t box out. It’s just the way it is. Every night on League Pass, I see the same thing. Players let guys come in from the weak side, and they think, ‘I’ll just get the rebound.’ It’s a disease that’s rampant in the NBA. The problem is, if you’re a real small team like us, then it’s going to hurt you more than it will hurt other teams.”

The Warriors are playing smaller than normal at this point in the season due to injuries and lack of proper team building. James Wiseman, the second overall pick and starting center, is sidelined for the rest of the season with a torn meniscus. Backup forward Eric Paschall, a key player on the glass for the reserves, has been on the injured reserve for quite some time as well. The backup is Kevon Looney, who stands at 6-foot-9, undersized for a center. Looney excels on defense and in his ability to switch on smaller players, not in rebounding. The Warriors appear to resemble most teams after a long period of dominance, older, worn out, and improperly constructed due to win-now moves that stripped them of future assets and potential.