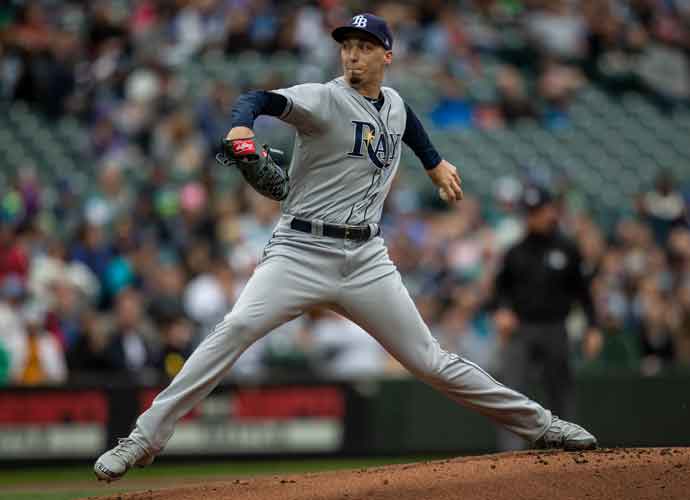 Major League Baseball’s owners have approved the leagues proposal for starting the season, the MLB Players Association is set to vote on the proposal sometime in the next week. One of the big points in the league’s proposal has been that the players and the owners will split the revenue for this season 50/50. Not all players are on board with this idea.

Tampa Bay Rays’ pitching ace Blake Snell on Wednesday voiced his issues on playing on a reduced salary for the 2020 season, saying that he will not play and that it is “just not worth it.”

Snell said the risk is extremely high given the coronavirus pandemic. “Y’all gotta understand, man, for me to go – for me to take a pay cut is not happening, because the risk is through the roof,” Snell said while answering questions on his Twitch channel. “It’s a shorter season, less pay. No, I gotta get my money. I’m not playing unless I get mine, ok? And that’s just the way it is for me. Like, I’m sorry you guys think differently, but the risk is way the hell higher and the amount of money I’m making is way lower. Why would I think about doing that?”

The MLBPA is expected to reject the provision of the MLB’s proposal regarding the revenue split. Back in March, the league guaranteed players prorated salaries.

The 27-year old Snell is entering year two of the five-year contract worth $50 million he signed with the Rays a few years back. The former AL Cy Young Award winner is expected to make about $7 million next season, but said that he deserves to get the money that was agreed upon between himself and the Rays. “What do you mean it should not be a thing? It should 100% be a thing. If I’m gonna play, I should be getting the money I signed to be getting paid. I should not be getting half of what I’m getting paid because the season’s cut in half, on top of a 33% cut of the half that’s already there – so I’m really getting, like, 25%. On top of that, it’s getting taxed. So imagine how much I’m actually making to play, you know what I’m saying?”