Ravens' Dez Bryant Will Return For 2020 Season After Testing Positive For COVID-19 - uSports.org 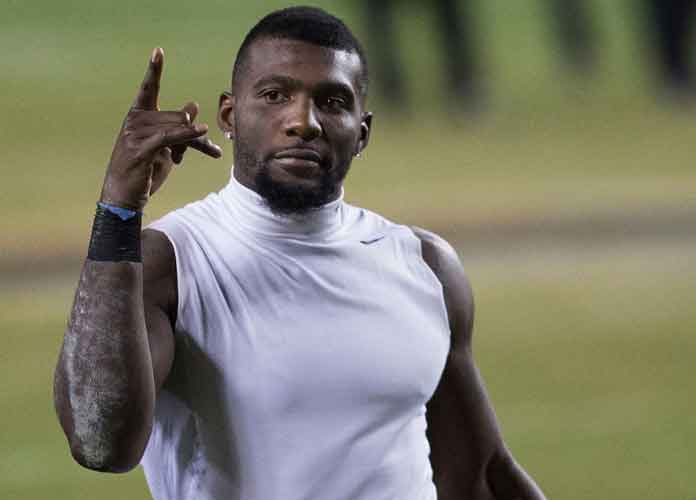 Dez Bryant was set to make his long-awaited return on Tuesday night with the Baltimore Ravens against the Dallas Cowboys. However, it was delayed when he tested positive right before the game.

Bryant tweeted out last night before the game saying, “Yea I’m going to go ahead and call it a quit for the rest of the season… I can’t deal with this.”

This came right after he also revealed on Twitter that he had tested positive for COVID-19 while warming up for their game.

Bryant was not able to catch a break and was excited about returning to the NFL. Bryant was drafted by the Cowboys and became a star for them. He set a franchise record of 73 receiving touchdowns with Dallas. However, he was released from the team following the 2017 season after voicing his grievances with the Cowboys’ offensive play-calling.

After being released by Dallas, he was signed by the New Orleans Saints and suffered a torn Achilles during practice with the team. The wide receiver missed the entire 2018 season and then the 2019 season as he was conditioning to return. In 2020, he signed with the Ravens to their practice squad. He eventually made it to the roster and was going to play against his former team.

Baltimore quarterback Lamar Jackson spoke about Bryant having to miss the game. Jackson said, “We’re just going to have to win the game for him. We knew how much it meant to him. He’s been talking about it for a minute now – since he’s been here.”

Bryant also spoke about what it meant to him. “This was more than just another game for me,” he said. “It wasn’t about revenge. I didn’t need a catch. I wanted to make a point.”

Bryant later confirmed on Twitter that he would return and not sit out for the rest of the season, as he said earlier on Twitter. He responded to a fan and said, “Yeah, I’m coming back… I’m being smart.”