Raptors Begin Title Defense With A Victory Against Pelicans - uSports.org 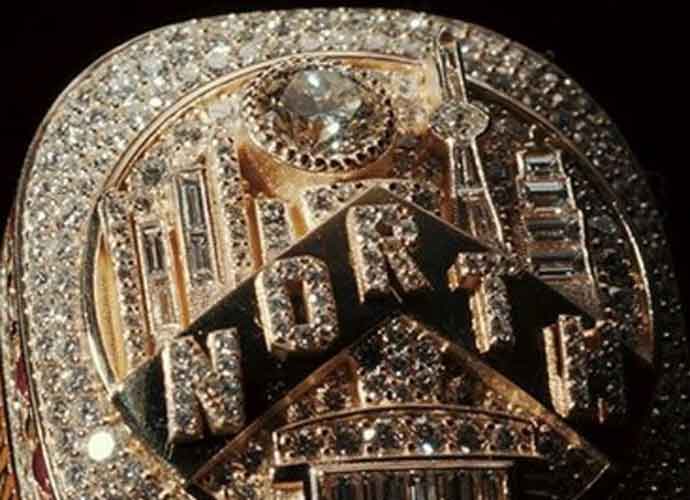 Raptors Begin Title Defense With A Victory Against Pelicans

Raptors Begin Title Defense With A Victory Against Pelicans

The Toronto Raptors received the biggest championship rings in NBA history and unfurled a banner celebrating their victory in a ceremony before their season opener against the New Orleans Pelicans.

The rings each contain more than 650 diamonds, as well as 16 rubies representing the number of playoff victories required to win the title. On the face of the ring, diamonds form the Toronto skyline above the word “North” spelled out in diamonds inside a golden chevron.

After the rings were handed out, five-time All-Star guard Kyle Lowry took the microphone to thank fans for their support, then gathered his teammates around him before leading a countdown to reveal the black, red and gold championship banner hanging above the home bench.

Commissioner Adam Silver was in the arena to honor the team on their special night. Last June, Toronto won their first championship against the Golden State Warriors in six games.

The Raptors may have lost Finals MVP Kawhi Leonard to the Los Angeles Clippers in free agency, but they still have a title defense to manufacture.

After the celebrations, the team still had a game to play and they handled game one of a long season like champions would. Playing the same kind of basketball they did last year, a stubbornly unselfish brand that make them contenders every night.

The game may have needed an extra quarter but the Raptors still left the home crowd happy with an opening night win, 130-122.

The Zion Williamson-less Pelicans put up a great fight in a rebuild heavy season for them and hope to continue to be this competitive. They just couldn’t withstand the onslaught of points by G Fred VanVleet and F Pascal Siakam, who both scored 34 on the night.

The Raptors next game will be at TD Garden against the Boston Celtics on Friday 7 p.m. EST. New Orleans will take on the Dallas Mavericks at 8 p.m. EST on Friday.

Read more about:
NBA news Pelicans Raptors
Listen to the uInterview Podcast!
Get the most-revealing celebrity conversations with the uInterview podcast!