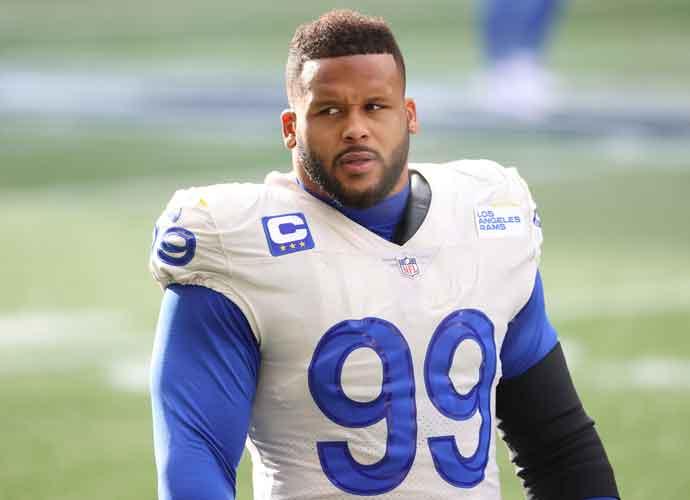 Los Angeles Rams star Aaron Donald is the latest football player accused of a crime. The Rams’ defensive stalwart is accused of assaulting a man and giving him a concussion, a broken nose, a broken eye socket, an arm injury and 16 stitches near his eye.

Todd Hollis, Spriggs’ attorney, filed a criminal complaint with Pittsburgh police on Wednesday. The complaint alleges that Donald and others assaulted his 26-year-old client. Hollis alleged that the incident involved Spriggs accidentally elbowing Donald in the back.

“When they got outside, Mr. Donald approached Mr. Spriggs and Mr. Spriggs was punched and attacked, again allegedly, by Mr. Donald and the individuals that were a part of his group,” Hollis said.

Cassey White, Donald’s attorney, released a statement denying the accusations. Instead, White alleges that Spriggs attacked Donald first. White said that Spriggs swung a bottle at Donald that grazed his head as he ducked. White added that other people surrounding Donald stepped in to the incident.

“As he ducks, somebody from behind grabs him to stop him from interacting with this guy, Mr. Spriggs, so he holds Aaron back in a sense,” White said. “At that point, that’s when other people come to Aaron’s aid and defend him by removing, so to speak, Mr. Spriggs from the area where he is punched and he is fighting; it’s a mutual fight at this point between other individuals who Aaron does not really know.”

“Aaron actually runs over to Spriggs’ aid and starts pulling people off of this guy,” White continues to explain. “He’s trying to get these kids off Spriggs; he gets at least two or three people off of Spriggs and at that point in time, somebody grabs Aaron and says, ‘This is not a good situation, let’s get the heck out of here.'”

White’s statement is supported by a released surveillance video showing the fight outside the establishment. In the video, the defender is circled and shown attempting to break up the fight before being stopped and pushed out.

EXCLUSIVE VIDEO: Surveillance video appears to show #NFL star Aaron Donald run over and try to break up assault. I just talked to Donald’s lawyer who says his client came to the rescue. #WPXI pic.twitter.com/0sXKjrMJs9

The Rams are aware of the situation regarding their star defender. “We are collecting more information and will have no further comment at this time,” the Rams’ statement said.