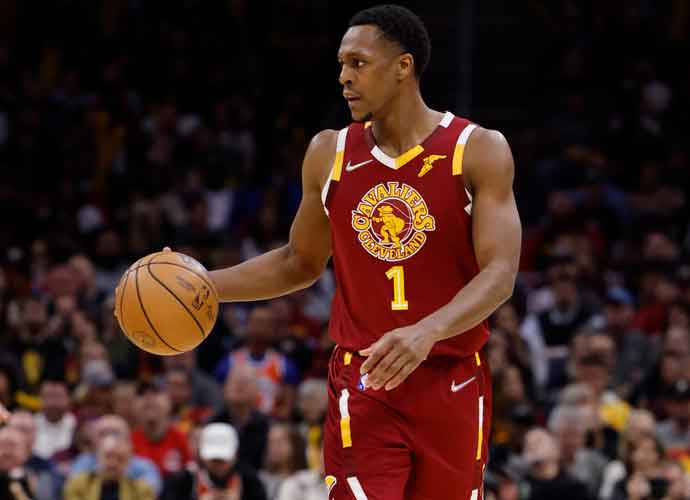 The mother of Cleveland Cavelier’s Rajon Rondo’s children has been granted an emergency protective order against the NBA player after he was accused of becoming “enraged and violent,” threatening to kill her, and brandishing a gun in front of her and their children on May 11 at their Louisville, Kent., home.

NBA spokesperson Mike Bass said the league is “aware of the report and are in the process of gathering more information.”

Rondo’s girlfriend Ashley Bachelor submitted the application on May 13 in Jefferson County Family Court; it was approved the same day by Judge Denise Brown, documents show.

The order grants Bachelor temporary custody of her and Rondo’s two children, and he must remain at least 500 feet away. He also must surrender any firearms in his possession to sheriff’s officials.

“I am extremely fearful for my safety and for the safety of my children,” Bachelor said in a statement. “Rajon has a history of volatile, erratic, explosive behavior.”

The statement adds that Rondo was playing video games with his son that day when she asked the kid to finish separating his laundry. It was when his son got up to do it that Rondo became furious and “ripped the video game console from the wall.”

He then allegedly smashed a plate in front of their daughter, and knocked over “various items” in and around the house, before he drove his car onto a lawn.

The statement concludes that when she asked, “Why he was acting this way,” he responded, “You’re dead.” Bachelor said she then contacted former police chief Yvette Gentry for assistance, out of fear “of what Rajon might do if a formal report was made.”

Rondo left after that call but returned 15 minutes later and began “beating on the backdoor window with his gun.” Yelling ensued and eventually Rondo’s parents arrived, though he “could not be calmed down.”