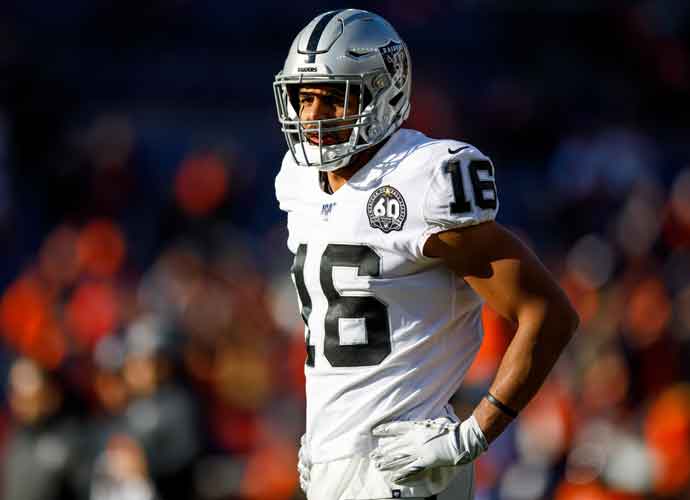 DENVER, CO - DECEMBER 29: Wide receiver Tyrell Williams #16 of the Oakland Raiders stands on the field before the game against the Denver Broncos at Empower Field at Mile High on December 29, 2019 in Denver, Colorado. The Broncos defeated the Raiders 16-15. (Photo by Justin Edmonds/Getty Images)

Williams signed a four-year, $44.4 million contract in 2019 to join the Raiders. In his first season with the team, he had 42 catches for 651 yards and six touchdowns. In that same season, he dealt with plantar fasciitis in his feet, which slowed him down. He was forced to miss two games as a result of the injury.

Williams was healthy at the start of the 2020 season but unfortunately suffered a torn labrum in his shoulder. At training camp before the injury, he was very excited to play. The wide receiver remarked, “I feel fast, feel back to myself, so, glad to feel that way, finally kind of past that.” Unfortunately, the shoulder injury caused him to miss the entire season.

The team cannot release the wide receiver until March 17, when the new league year begins. That’s when the team is able to cut him for salary cap purposes. Las Vegas will save $11.6 million if they release Williams from the team.

Las Vegas currently has other options at the wide receiver position. They drafted two wide receivers last year. Additionally, former Eagles WR Nelson Agholor had a breakout season for the Raiders. Agholor recorded 48 catches for a career-high 896 yards and eight touchdowns. So, the team will be able to use the free money to re-sign Agholor to the team.