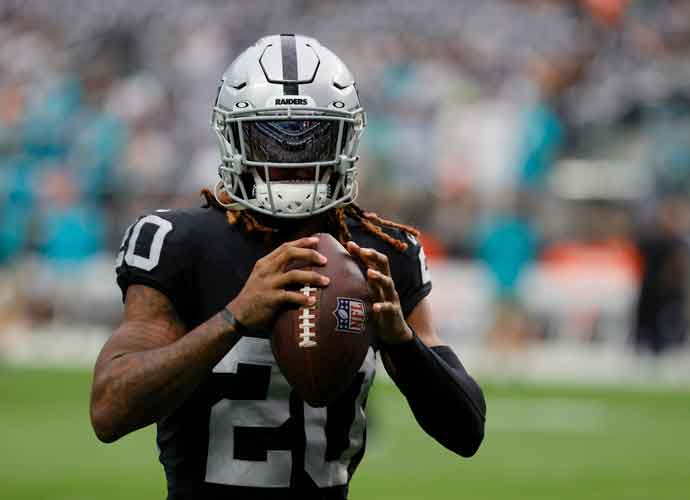 LAS VEGAS, NEVADA - SEPTEMBER 26: Cornerback Damon Arnette #20 of the Las Vegas Raiders warms up before a game against the Miami Dolphins at Allegiant Stadium on September 26, 2021 in Las Vegas, Nevada. The Raiders defeated the Dolphins 31-28 in overtime. (Photo by Ethan Miller/Getty Images)

The Las Vegas Raiders have fired general manager Mike Mayock. The move comes just days after the team’s season ended with a playoff loss to the Cincinnati Bengals.

“We thank Mike for his contributions over the last three years in helping to form the foundation for the franchise to build upon in its future,” the team said Monday.

His Raiders tenure ends with a tumultuous 2021 campaign that saw coach Jon Gruden resign in October due to an email scandal. Then, less than a month later, the team released 2020 first-round pick Henry Ruggs III after he was arrested on felony DUI and reckless driving charges for his role in a crash that killed a 23-year-old woman in Las Vegas.

The Raiders expect to conduct coach and GM interviews for the next few months.

Raiders’ Derek Carr Signs Three-Year Extension Worth Up To $121.5 Million

Raiders Hired Josh McDaniels As Coach & Dave Ziegler As GM – Were These Good Bets For Vegas?