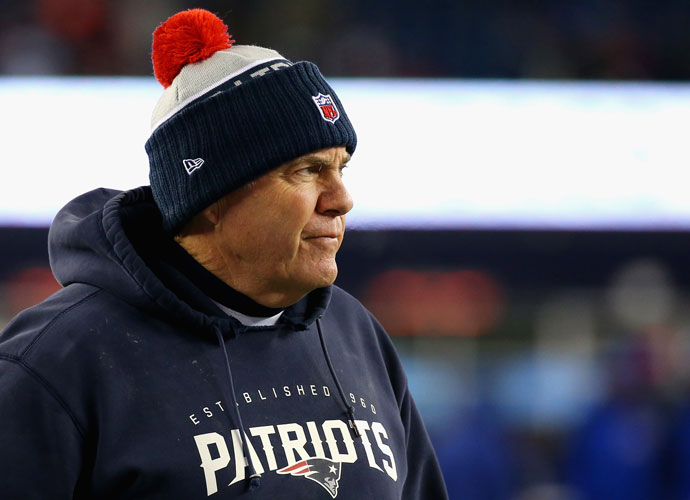 The Las Vegas Raiders announced that the team had acquired offensive tackle Justin Herron in a trade with the New England Patriots. The two teams also swapped draft picks in the deal, with Las Vegas giving New England a sixth-round pick in exchange for Herron and a seventh-round pick.

We have acquired T Justin Herron and a 2024 seventh-round pick via a trade with the New England Patriots » https://t.co/kEhXyfPpwG pic.twitter.com/Cjrmd0DGt2

Though it clearly isn’t a blockbuster trade, the Raiders’ acquisition of Herron is now part of a much larger web of interactions between the two teams. Raiders Head Coach Josh McDaniels was once the offensive coordinator under Bill Belichick in New England, and many of the Patriots’ old staff members have joined McDaniels in Las Vegas as well.

The two teams participated in a joint practice in August, when Belichick said that the Patriots always had a great relationship with former Raiders owner Al Davis, who passed away in 2011.

“I spent a lot of time with Mr. Davis and we’ve had a good relationship through the years,” Belichick said. “We did some deals. The [Derrick] Burgess deal, the [Randy] Moss deal. Those weren’t like five-minute conversations. They were multiple weeks, maybe even months.”

As for this specific trade, the Patriots do not suffer a great loss by giving away Herron, who never started in the regular season in two years with the team. New England drafted him in the sixth round of the 2020 NFL Draft.

Meanwhile, the Raiders may benefit slightly from taking Herron, as the team has one of the weaker offensive lines in the league through two weeks of the 2022 regular season. The Wake Forest product will still have to earn his way into the starting lineup, however.

The sixth- and seventh-round picks that the Raiders and Patriots swapped could technically lead to a valuable player, but the chances of that are historically unlikely. In the 21st century, the Raiders have only drafted one player in the sixth round or later who went on to play in a Pro Bowl: running back Latavius Murray in the sixth round of the 2013 draft.

The Patriots have only drafted two such players, having selected Matt Cassel in the seventh round in 2005 and Tom Brady in the sixth round in 2000. Both quarterbacks went on to enjoy moderate success in the NFL.