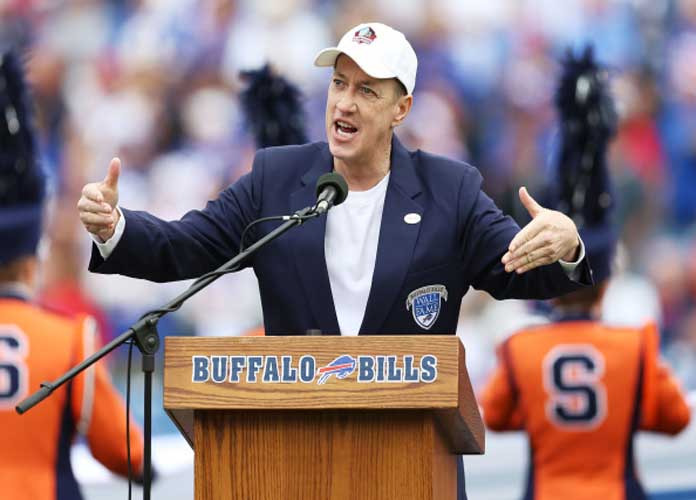 Despite a long list of accomplishments, Jim Kelly has also suffered immense setbacks, both personal and professional.

The Buffalo Bills Hall of Fame quarterback lost four straight Super Bowls in the late 1990s and then lost his son Hunter in 2005.

Three years ago, Kelly’s woes continued when he was told his head and neck cancer had returned, despite a surgery nine months earlier.

Now, Kelly is sharing his personal experience as part of Your Cancer Game Plan, a new awareness campaign dedicated to helping people with cancer and their loved ones fight their their emotional, nutritional and communication needs.

The campaign provides support and resources, including Kelly’s tips on how to stay positive and healthy recipes for those facing head and neck cancer.

“I know first-hand the special challenges people living with this disease and their families face,” says Kelly. “My experience taught me so much about the importance of emotional support and taking care of myself, and I hope that by sharing my experience, I can inspire others to take action and know their game plan.”

Your Cancer Game Plan is a collaboration between pharmaceutical giant Merck and several cancer organizations, including the Head and Neck Cancer Alliance (HNCA) and Support for People with Oral and Head and Neck Cancer (SPOHNC), and Savor Health. HNCA and SPOHNC are the leading patient organizations supporting the head and neck cancer community for almost six decades combined, while Savor Health focuses on supporting the nutritional needs of those living with cancer.

Kelly, who will be 57 next month, was diagnosed withs quamous cell carcinoma in 2013 and had a portion of his upper jaw removed. Follow-up tests nine months later showed the cancer in his sinus, which led to radiation and chemotherapy treatments. Kelly lost 70 pounds during these treatments.

Kelly still has trouble speaking, can no longer produce saliva and has lost the sense of taste.

And yet, he remains optimistic.

“I have a story to tell. I want people to understand that we’re all going to go through things in our lives,” Kelly said. “It’s the attitude that you have and the people that you surround yourself with to be able to come out on top.”

Kelly also refuses to feel sorry for himself, which reinforces his wish to share his experiences with others.

Kelly holds the all-time professional football record for most yards gained per completion in a single game, and was inducted into the Pro Football Hall of Fame in 2002.