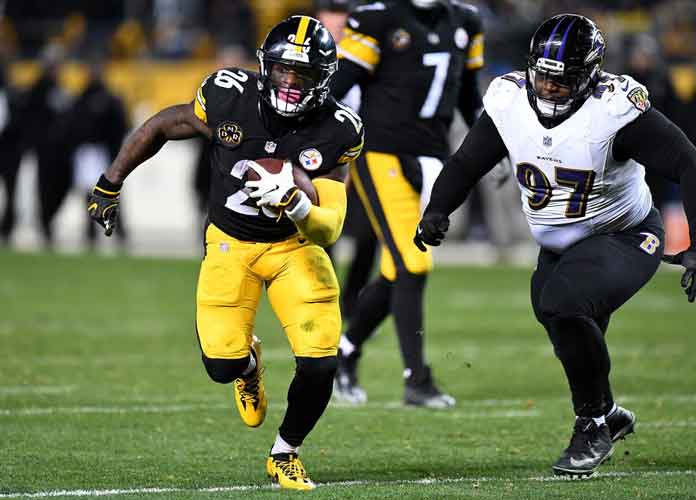 The NFL schedule has been released and with that, it means that fans can start buying tickets for the 2020 season. Over the course of the last few weeks, we here at uSports have been dissecting the regular season schedules of each of the NFL teams, and tell you what games we think you are going to want to attend in 2020.

The Steelers last season most certainly were a disappointment. They were pegged to be a playoff team but instead, injuries derailed their season and they finished 8-8. The injury that probably hurt this team the most was Ben Roethlisberger going down in Week 2 needing season-ending Tommy John surgery. This showed that the Steelers definitely needed to bolster their back-up quarterback position as Mason Rudolph and Devlin Hodges did not carry this team, if anything they hurt this team’s chances of making the playoffs. With Cam Newton now with the Patriots, despite having a prime chance at signing him, their only real option at backup is  Colin Kaepernick (you can make the case for Blake Bortles, but that’s a definite debate). The Steelers should definitely consider picking up one sooner rather than late. Injuries to their top two offensive weapons in JuJu Smith-Schuster and James Conner did not help either as the two played in 12 and ten games respectively. All three of those guys are back healthy for the 2020 season, and they will be joined with new addition Eric Ebron at tight end, as well as Diontae Johnson, James Washington and Jaylen Samules all of whom look to improve on solid 2019 seasons. The defense is this team’s bread and butter and has been for the most part ever since Mike Tomlin took over as head coach back in 2007. Trading for Minkah Fitzpatrick in the middle of last season from Miami has worked out really well for this team. Pairing him with Joe Haden and Terrell Edmunds in the secondary has taken that group to another level. The Steelers have one of the better front-sevens in all of football led by TJ Watt, who is quickly approaching superstardom in what will be his fourth season in 2020. Watt plays alongside guys like Bud Dupree, Cameron Hayward, Stephon Tuitt and Devin Bush. All this resulted in a defense that was top-5 in fewest total yards allowed per game and third in fewest passing yards allowed per game in 2019. If the offense can get back to the level they are capable of playing at, and the defense can continue its dominance, the odds that the Steelers miss the playoffs would be very slim.

Looking at the Steelers’ schedule, the rest to the postseason is clear, they will have some challenges along the way, but it is definitely possible. Opening with the Giants Week 1, on the road, will be an interesting test as we will really see how Roethlisberger will respond, at 38-years old, to an actual NFL defense after a crazy offseason and having not played in an NFL game in almost a year come Week 1. The rest of their schedule prior to their Week 8 bye will be immensely tough, as there are some really tough teams on their schedule. That being said, if the Steelers’ defense can perform at your near the level they did last season, the Steelers could very easily enter their bye week at 4-3 or better. What is interesting is that the Steelers are one of the few teams that are not expected to win their division, but still make the playoffs. That is how good the Ravens are. That is how I think the Steelers should approach this season. Don’t worry about winning the division, although that would be nice, but just focus on making the playoffs because they are a team that is good enough to make a deep run and surprise some teams. After their bye week, if they come out of the gates slow to start the season, there are some definite opportunities to get some easy wins and get back on track with games against teams like the Bengals (who they play twice), Jaguars, Redskins and Colts. That should be at least four wins right there so they really only need to win two or three games in their remaining four games following their bye against Dallas, Baltimore, Buffalo and Cleveland. Ten wins is certainly within reach for this team which will definitely be enough to make the postseason for the first time since the 2017 season.

Because of how good this team is projected to be in 2020, I will most certainly want to go see them in person. Here are the five Steelers games I am going to try and attend and think you should as well:

Starting off with Week 1 against the Giants, as I mentioned earlier, this game will be a clue as to how the Steelers season will be. They will be favored to win this game and if the Steelers come out flat and lose, it could be a sign that it might be yet another long season for Steelers fans and it possibly might be time to move on from guys like Tomlin and Roethlisberger. Week 2 against Denver will be a test early on in the year against a high octane offense. The Broncos project to be good both running and passing the football. This will show if the Steelers’ upper-echelon defense from a year ago still holds up. Week 4 against Tennessee. One of the biggest struggles for the Steelers defense last season was defending against the run. The Titans, led by the NFL’s leading rusher in 2019 Derrick Henry, averaged the third most rushing yards per game by a team with 138.9 rushing yards a game. On the flip side, the Steelers ranked outside the top-10 in the fewest rushing yards allowed per game in 109.6 rushing yards allowed per game. Week 12 against Baltimore, once again a team that can run the ball really well, the best in football in 2019. Also the Ravens are the odds-on favorite to win the AFC North and if the Steelers perform well here, this could give fans and critics some real hope in the Steelers and them making a deep playoff run. This would also be a game where the Steelers are not expected to win, so they can pull one out when no one expects them to. Finally, Week 17 against the Browns, in Cleveland. The Steelers and Browns will both be fighting for second place in their division, and although both could make the playoffs, it is unlikely so it can very well be the case where whoever wins this game, makes the playoffs. Being that it is a road game, the Steelers will most likely be viewed as the underdog so a win will be a little extra special for them, at least in my opinion.