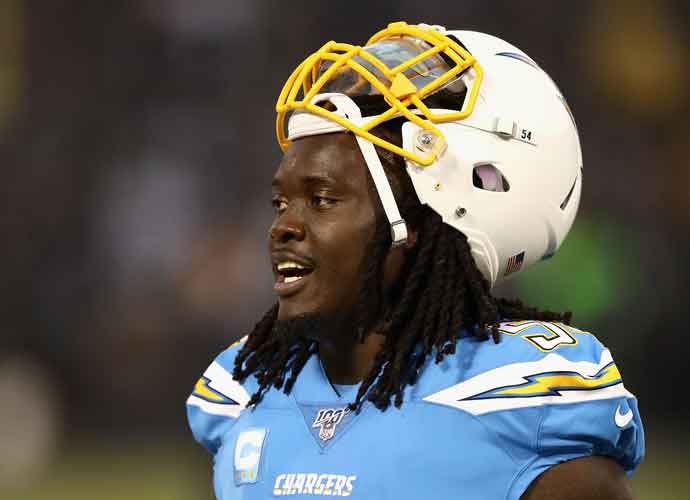 OAKLAND, CALIFORNIA - NOVEMBER 07: Melvin Ingram #54 of the Los Angeles Chargers participates in warm ups before the game against the Oakland Raiders at RingCentral Coliseum on November 07, 2019 in Oakland, California. (Photo by Ezra Shaw/Getty Images)

The Pittsburgh Steelers are continuing to make critical moves in the offseason. The latest move for the franchise tied for the most Lombardi trophies in NFL history is the signing of edge rusher Melvin Ingram to a one-year contract.

Bud Dupree previously had filled the role, but the free agent departed for the Titans this offseason.

“You can tell he’s very involved and a players’ coach. That’s what stood out to me. He wants to win,” Ingram said in an interview. “My role is my role. He just told me to come in and be me. Everyone knows how I play.”

Ingram will have to beat out Alex Highsmith for the starting role, who currently is slated to man the position.

Ingram was limited in the 2020-2021 season due to a knee injury, playing in just seven games. Last year was the first time the stalwart rusher failed to record a sack. The Chargers did not re-sign Ingram, leading to his deal with Pittsburgh.