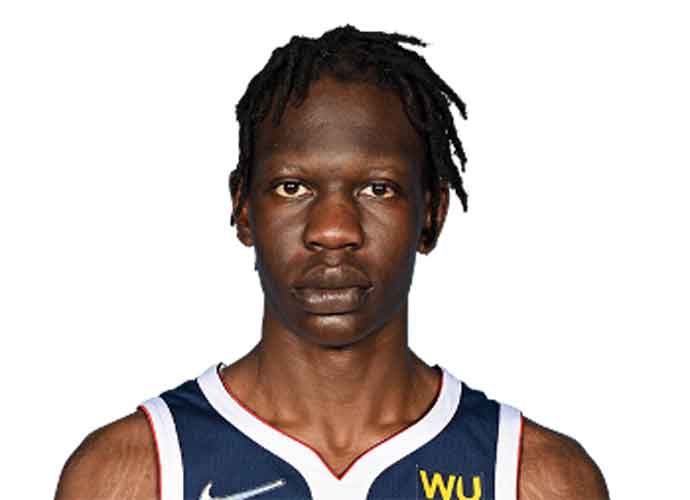 The Detroit Pistons made their first move of the season Sunday by sending Rodney McGruder and a 2022 second-round pick to the Denver Nuggets in exchange for Bol Bol.

The 2022 pick was acquired from the Brooklyn Nets, and now Detroit is without a second-round selection in June’s draft.

The Pistons are still waiting for the return of center Kelly Olynyk from a left knee sprain.

Born in Sudan, Bol, 22, played nine games in his lone season at Oregon before having season-ending foot surgery and declaring for the NBA Draft.

The 30-year-old McGruder played 17 games this season with the Pistons off the bench after playing in 16 last year. He’s averaged 2.5 points in 9.5 minutes this season.

Read more about:
Bol Bol NBA Pistons Rodney McGruder
Listen to the uInterview Podcast!
Get the most-revealing celebrity conversations with the uInterview podcast!