Pistons Guard Kentavious Caldwell-Pope Could Be Disciplined By NBA For DUI - uSports.org 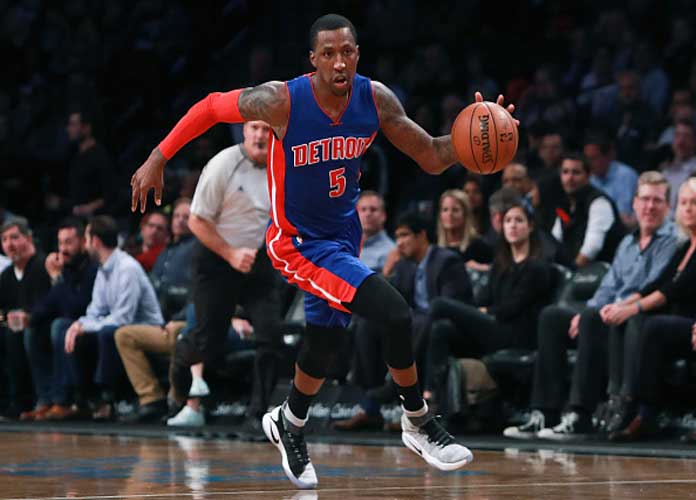 NEW YORK, NY - NOVEMBER 02: Kentavious Caldwell-Pope #5 of the Detroit Pistons dribbles up court against the Brooklyn Nets during the second half at Barclays Center on November 2, 2016 in New York City.

The 24-year-old was pulled over for 45 mph— 20 miles over the speed limit — and registered a blood alcohol level of 0.08, which is the legal limit.

An officer smelled alcohol and put Caldwell-Pope through sobriety tests, which indicated impairment. The guard was cited for operating while intoxicated and released. No court date has been set for his arraignment. His arrest came hours after the Pistons’ 97-96 loss to the Miami Heat on Tuesday night. Caldwell-Pope played in Thursday night’s 90-89 win over the Brooklyn Nets, finishing with 12 points.

The Pistons have stated they are aware of the incident.

Caldwell-Pope, who is in his fourth season and will become a restricted free agent this summer, could face discipline by the NBA for violating the league’s substance abuse policy. Since there are only six games remaining this season, any punishment he would receive would be handed down next season.

Caldwell-Pope is averaging 14.1 points and 3.2 rebounds per game this season.

Pistons assistant coach Tim Hardaway was suspended three games at the beginning of this season for a drunken-driving arrest last April.

NEW YORK, NY – NOVEMBER 02: Kentavious Caldwell-Pope #5 of the Detroit Pistons dribbles up court against the Brooklyn Nets during the second half at Barclays Center on November 2, 2016 in New York City.