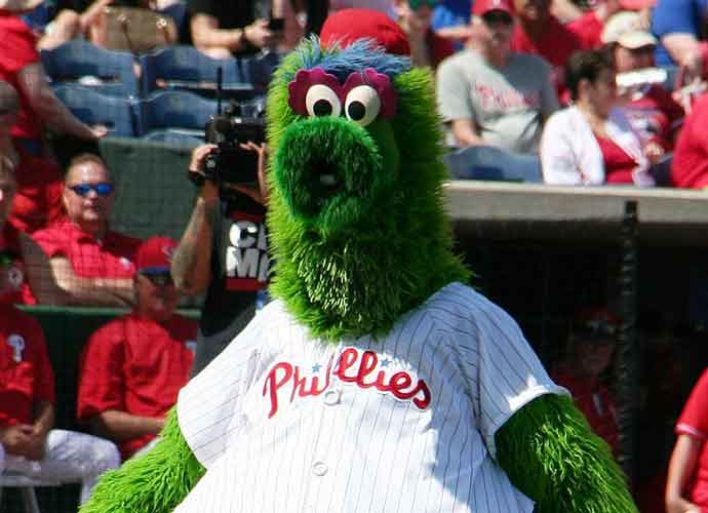 The Philadelphia Phillies and the creators of the Phillie Phanatic mascot are at odds over the redesign of the beloved Philly icon. The creators have accused the Phillies of “an affront to our intellectual property rights and to Phillies fans everywhere”.

As the Phillies unveiled the new mascot before Sunday’s game against Pittsburgh, the changes were noticeable. It features flightless feathers as opposed to the fur-colored arms, stars outlining the eyes, a larger backside with a powder blue tail, blue socks with red shoes and a set of scales under the arms.

Wayde Harrison and Bonnie Erickson said in a statement on Tuesday that the Phillies were acting with a “lack of good faith in negotiating for an extension of the copyright assignment”, saying, “The ‘business decision’ by the Phillies to roll out this ‘new’ Phanatic is a transparent attempt to deny us our rights under the Copyright Act. We would love to have the real Phanatic continue with the Phillies.”

A Phillies spokeswoman said the team was not commenting on the statement because of the open lawsuit. With everything going on, it doesn’t look like this will be going away anytime soon.