Phil Mickelson Says Next Week's US Open Venue Oakmont Is 'Hardest Ever' - uSports.org 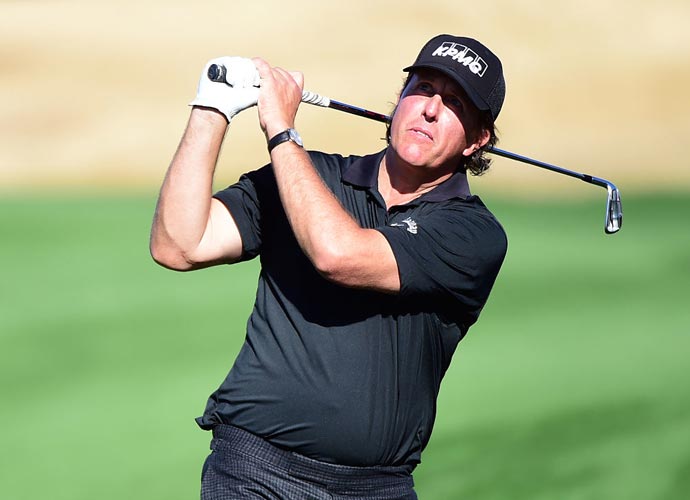 Caption:LA QUINTA, CA - JANUARY 24: Phil Mickelson plays his second shot on the ninth hole during the final round of the CareerBuilder Challenge In Partnership With The Clinton Foundation at the TPC Stadium course at PGA West on January 24, 2016 in La Quinta, California. (Photo by Harry How/Getty Images)

Five-time major champion Phil Mickelson has declared Oakmont Country Club in Pennsylvania, the location of next week’s US Open, as the most difficult golf course he has ever played on.

“I played Oakmont the last two days. It truly is, I think, the hardest golf course we’ve ever played,” Mickelson told reporters in Memphis ahead of the FedEX St. Jude Classic.

“They let the rough grow long — if it’s wet they’ll leave it like that, if it’s dry they’ll thin it out because less balls will hit the fairway.”

Oakmont is known as a tough test that balloons scores. At 7,200 yards, it’s one of the shortest tracks the U.S. Open plays.

“The course stands on its own,” says USGA executive director and CEO Mike Davis, who has set up the last 27 U.S. Open courses. “Anyone wondering how this year’s Open here compares to the last time it was here can expect a lot of sameness. Every hole is exactly the same yardage as it was in 2007.

The last time it hosted a US Open in 2007, Argentine Angel Cabrera won with a five-over total of 285.

Mickelson, who will turn 46 on June 16 just three days after the tournament begins, will seek his first US Open trophy after finishing second six times.

“A lot of golf courses, when it challenges you tee to green the way Oakmont does, it usually has a little bit of a reprieve on the greens,” Mickelson said.

“(But) you really don’t at Oakmont, they are some of the most undulating, fast, difficult greens to putt.”
The US Open will run from June 13-19 at Oakmont. Texas native Jordan Spieth, 22, won the tournament last year.
“The reason why I’m optimistic about Oakmont is that it doesn’t require me to hit a lot of drivers,” added Mickelson. “It requires me to get the ball in play off the tee, but when I’m not hitting drivers, if I’m hitting 3-woods, hybrids, I feel confident I’m able to do that a fairly high percentage of the time. One of the strengths of my game over the last decade or so that’s really helped me win the tournaments I’ve won is lag putting.

PHOTO: LA QUINTA, CA – JANUARY 24: Phil Mickelson plays his second shot on the ninth hole during the final round of the CareerBuilder Challenge In Partnership With The Clinton Foundation at the TPC Stadium course at PGA West on January 24, 2016 in La Quinta, California. (Photo by Harry How/Getty Images)
Read more about:
Golf Oakmont Country Club Phil Mickelson US Open