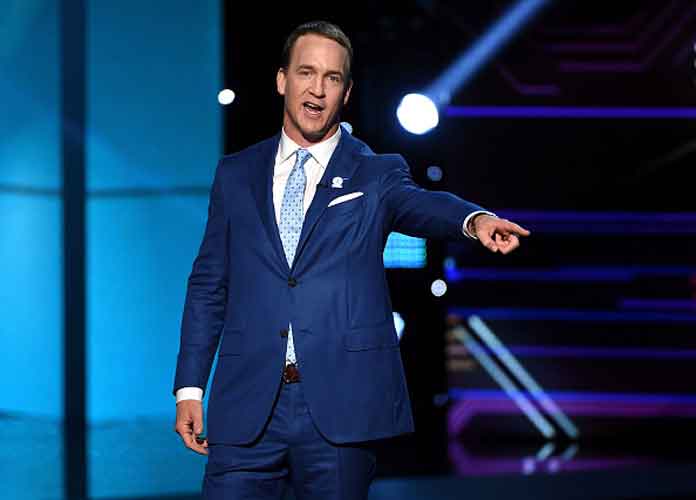 Peyton Manning has just received a major offer to co-own the Carolina Panthers, according to several reports.

Charleston-area billionaire Ben Navarro, who is making a bid for the Panthers, reportedly contacted the former MVP Award-winning quarterback about the possibility of co-owning the franchise. Navarro, 54, owns the Sherman Financial Group.

According to Joseph Person of the Charleston Observer, 42-year-old Manning — a two-time Super Bowl champion — is thinking about potentially accepting the offer.

Reports had surfaced in recent months about Manning possibly joining networks like ESPN and Fox as a commentator with multi-million dollar contract offers. However, some of those reports later said the former Indianapolis Colts and Denver Broncos QB was more interested in becoming part-owner of an NFL team. Manning also reportedly sold his stake in 31 Papa John’s Pizza stores just days before the chain ended its sponsorship deal with the NFL.

The Panthers have yet to be bought after longtime owner Jerry Richardson announced in December 2017 that he was resigning amid allegations of workplace misconduct toward players and female staffers. Some celebrities like artist Sean “Brother Love” Combs and NBA point guard Stephen Curry quickly jumped on social media to voice interest in bidding to buy the team.

The Colts unveiled a statue of Manning outside their stadium in October 2017.

According to Forbes, the Panthers have a valuation of about $2.3 billion, and rank 21st among NFL teams in this category.

Currently, the Buffalo Bills boast the record for the highest sale price of any NFL team ever. The team was purchased for $1.4 billion in 2014.