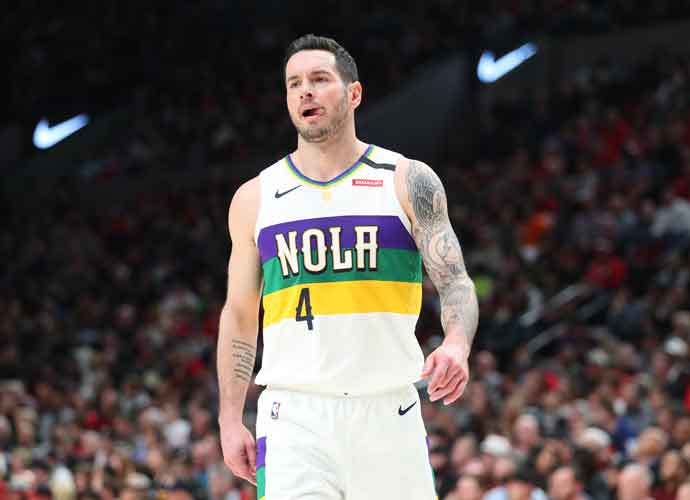 PORTLAND, OREGON - FEBRUARY 21: JJ Redick #4 of the New Orleans Pelicans reacts in the third quarter against the Portland Trail Blazers during their game at Moda Center on February 21, 2020 in Portland, Oregon. NOTE TO USER: User expressly acknowledges and agrees that, by downloading and or using this photograph, User is consenting to the terms and conditions of the Getty Images License Agreement. (Photo by Abbie Parr/Getty Images)

The New Orleans Pelicans have traded J.J. Redick to the Dallas Mavericks. New Orleans sent Nicolo Melli along with Redick to Dallas in exchange for James Johnson, Wes Iwundu and a 2021 second-round pick.

The Pelicans traded Redick away to avoid a contract buyout with the 36-year-old veteran. Redick is currently in the final year of his contract and is owed $13 million this season. That is the amount the team would have had to pay Redick if they didn’t trade him ahead of Thursday’s trade deadline. Fortunately, the Pelicans found a willing trade partner in the Mavericks.

The veteran guard has not played a game since March 3 due to a right heel injury he sustained. Following the All-Star break, the guard underwent a non-surgical procedure on the injury. The surgery has kept him from the team since.

Prior to his injury, the former Duke Blue Devil had a slow start over the first 16 games of the season. Redick shot an abysmal 29.8 percent from the field as he struggled to find his form. Luckily, the shooting slump lasted only 16 games. Over the next 15 games, he shot 46.4 percent. Still, the guard is shooting a career-low three-point percentage, converting just 36.4 percent from beyond the arc.

Like Redick, Melli is also having shooting struggles this year. He is currently shooting 25.4 percent from the field.

For the Pelicans, Johnson is in the final year of his deal and provides the team with more depth in the frontcourt behind Steven Adams, Jaxson Hayes and Willy Hernangomez. Iwundu provides the Pelicans with another option at the wing position.

Considering the size of some of the other deals made on Thursday, this trade won’t have much of an impact on the NBA landscape.