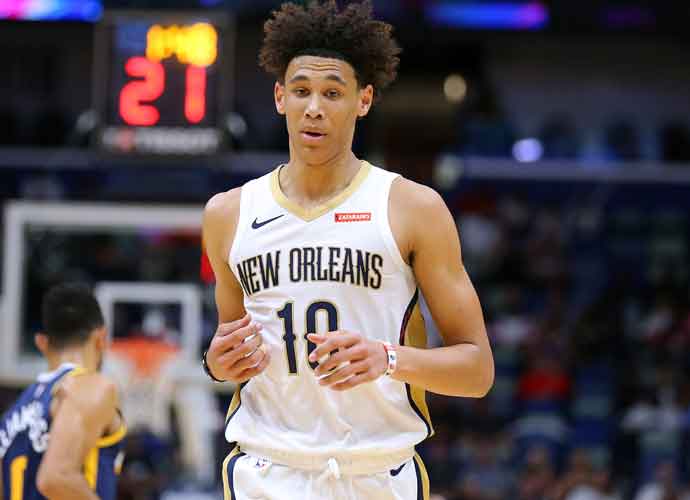 NEW ORLEANS, LOUISIANA - OCTOBER 11: Jaxson Hayes #10 of the New Orleans Pelicans reacts during a preseason game against the Utah Jazz at the Smoothie King Center on October 11, 2019 in New Orleans, Louisiana. (Photo by Jonathan Bachman/Getty Images)

The 21-year-old was charged on January 20 and arraigned on Monday morning.

“Since before the charges were filed, the Pelicans have worked in conjunction with the NBA on the matter and will continue to do so moving forward,” the team said in a statement.

Hayes was arrested in the early morning hours of July 28, 2021, after Los Angeles police officers were called to the house of his then-girlfriend. The LAPD said Hayes met officers in the front yard of the residence.

However, when they informed Hayes that they needed to speak with someone inside the residence, he tried to prevent that and was eventually tased.

The LAPD’s Force Investigation Division is also looking into the case due to the force used against Hayes’ neck during the arrest.

Hayes played in 33 games this season and averaged 6.8 points and 3.4 rebounds.