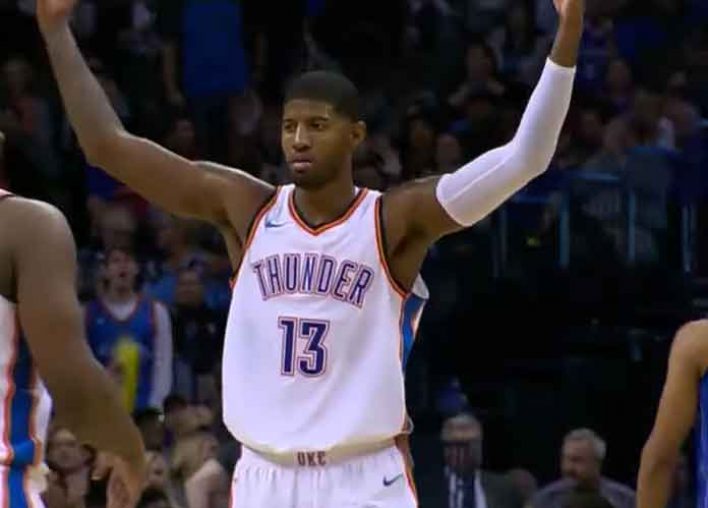 Paul George told the Oklahoma City Thunder on Wednesday that he will decline the $20.7 million player option for the last year of his contract with the team.

George played the first seven years of his NBA career with the Indiana Pacers after the team selected him as the 10th overall pick in the 2010 draft. He has also been rumored to sign with the Los Angeles Lakers in free agency. The Houston Rockets and Philadelphia 76ers have also reportedly voiced interest in George.

After the Pacers traded George to the Thunder last year, the forward reportedly developed a positive rapport with All-Star Russell Westbrook.

“Russ is the reason why this decision is becoming even more easier to make; [it’s] the character Russ [has],” George said to ESPN about Westbrook in February. “That’s my guy forever.”

The Pacers acquired Victor Oladipo and Domantas Sabonis in the trade that sent George to Oklahoma City. This past season, George averaged  21.9 points, 5.7 rebounds and 3.3 assists.

This summer, George could sign a five-year, $176 million extension with Oklahoma City. However, he could end up agreeing to a shorter deal that would permit him to more easily decide his next big career move.

In 2020 — when George will have played 10 years in the NBA — the forward would become eligible to ink a four-year, $169 million maximum deal with a franchise that has enough cap space, according to ESPN.