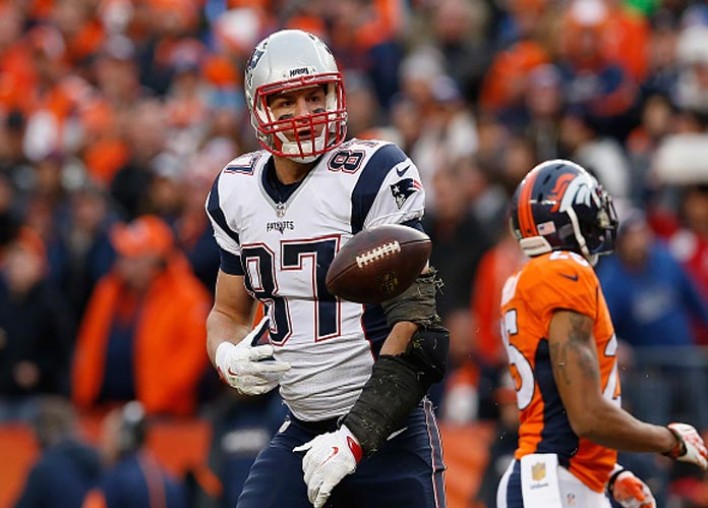 Appearing on Moose.TV, Gronkowski equated the country’s struggle to a sports team, and encouraged people to come together, like a team does, in pursuit of a common goal: to win.

“In sports, a team is surrounded with people with different backgrounds, with different races, and with different religions,” Gronkowski began after being asked by the show’s host to comment on the events that unfolded two weeks ago in Charlottesville, Virginia, when a neo-Nazi and white supremacist rally violently clashed with counter-protesters.

“In order to win, everybody comes together. I feel like that’s what the USA represents. Everyone just has to come together in order to win.”

The host, who goes by Moose, smiled through out Gronk’s words of wisdom. “That’s one hundred percent an incredible answer, bro,” the host said.

While Gronkowski hasn’t expressed many political opinions in the past, prominent members of his team have. His team’s owner, Robert Kraft, his head coach, Bill Belichick, and his quarterback, Tom Brady, have all spoken about their friendship with President Donald Trump and have given him their political support in the past.

Trump, who admonished violent actors “on many sides” of the Charlottesville rally, reportedly received a potentially illegal gift earlier this year when Kraft gifted the embattled leader with a Super Bowl championship ring. Presidents are prohibited from receiving gifts worth over $350. Both the White House and the Patriots have said the ring is for Trump’s future Presidential Library and is not a personal gift.