Patriots Play Packers In Pre-Season, What To Notice In the Pats - uSports.org 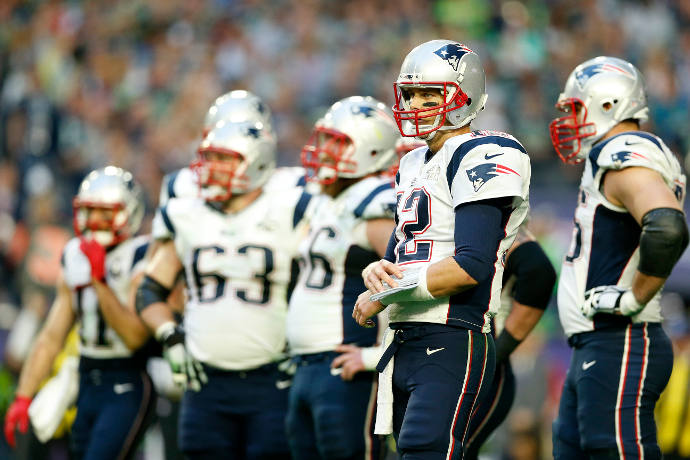 during Super Bowl XLIX at University of Phoenix Stadium on February 1, 2015 in Glendale, Arizona.

Patriots Play Packers In Pre-Season, What To Notice In the Pats

Last season, if you said that a preseason game would pit two star teams against each other with Brady and Rodgers leading their lines, then you would’ve been correct. Now, it’ll just be a game of plebian football, Patriots vs Packers – with the addition of Jimmy Garoppolo, of course. Last year, there was no flipping pages to find who did what play, as Brady and company were making the most of their time on the field. Now, you’d be hard pressed to find a fan who knows every single player on the Patriots roster.

Preseason games are usually to fix last minute flaws in teams prior to the actual season, and these teams are both hoping to do that. With Garoppolo at the helm of the offense, the Patriots added Ryan Lindley, who after a few practice sessions ( three days) is still struggling with the Pat’s playbook. And in the wake of Deflategate, fans want to see Brady play, but they were put down softly as ESPN reported that he will not be playing. But fear not New Englander fans, Garoppolo is a solid player at his position. Last season, he went held a 58.2 competition percentage for 618 yards and five touchdowns with only one interception.

Also, amid questions of the strength of their offensive line, fear not, rookie Bryan Stork has filled the gap that veterans Logan Mankins and Dante Scarnecchia provided. And let’s not forget their draft picks, Tre’ Jackson and Shaq Mason, who if they prove themselves, will see major playing time on the line.

But the major thing to look for in this game, is who is actually playing. It goes without saying, but football is rough on the body, and you’ll see it in the game, as most of the players are currently injured. On the offense, Brandon LaFell, Julian Edelman, LeGarrette Blount, Bryan Stork, Ryan Wendell, Nate Solder, Sebastian Vollmer, Travaris Cadet, Scott Chandler and Brian Tyms are all injured (or have been.) And that’s only on the offense.

Regardless, if there’s anything to keep in mind, it’s that this is still the preseason.