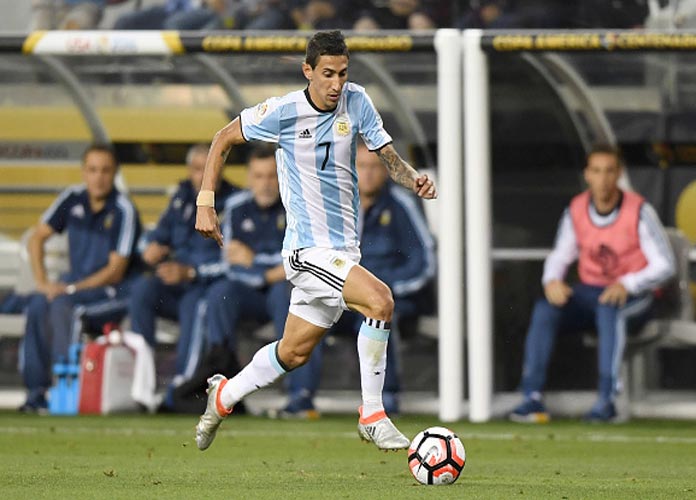 Angel Di Maria has been sentenced to one year in prison after the Paris-Saint-Germain midfielder confessed to tax fraud.

The 29-year-old Argentine is reportedly expected to pay 2 million euros ($2.23 million) in fines and back-taxes for defrauding the Spanish government during his time as a player for Real Madrid.


Spain’s prosecutor alleged in November 2016 that Di Maria failed to declare 1.298 million euros ($1.45 million) in earnings between 2012 and 2013, his penultimate season at the Santiago Bernabeu. The midfielder has played for PSG since 2015.

According to the prosecutor’s office, Di Maria gave his image rights to an offshore company based in Panama named Sunpex Corporation, Inc.

Spanish newspaper El Confidencial  reported that Di Maria will admit to two counts of tax fraud after his attorneys and the public prosecutor came to a deal on Wednesday.

Nevertheless, the agreement has to be formally processed in a hearing before a judge.

Given that under Spanish law, sentences of less than two years for non-violent crimes are generally suspended unless the offender has a prior conviction. Thus, Di Maria will likely not serve any jail time.

The Argentine’s cases is similar to that of several other major soccer players who have been accused of fiscal evasion. Di Maria’s former teammate from Real Madrid Cristiano Ronaldo was also accused of $16M tax fraud earlier this month, an allegation that has infuriated the Portuguese star and caused him to threaten to leave the Spanish club for other teams like Manchester United, for whom he played from 2003-2009.

Barcelona forward Lionel Messi and his father Jorge — who is also his business manager — were equally accused of tax evasion, though both men will probably avoid prison time for the same reason. Messi was sentenced to 21 months in prison after pleading guilty to three counts of tax fraud.

Di Maria joined Real Madrid in the summer of 2010 from Portuguese club Benfica, and then transferred from the Spanish club to Manchester United in 2014 for a British record transfer fee of £59.7 million (75.6 million euros, or $84.25 million at today’s rate).

PSG then bought Di Maria from United 11 months later for a fee of 63 million euros (£44 million or $70 million at today’s rate).

Di Maria is represented by Gestifute, which is owned by agent Jorge Mendes.