Paratriathlete Emily Harvey On Her Workout Routine, How It Compares To Other Athletes [VIDEO EXCLUSIVE] - uSports.org 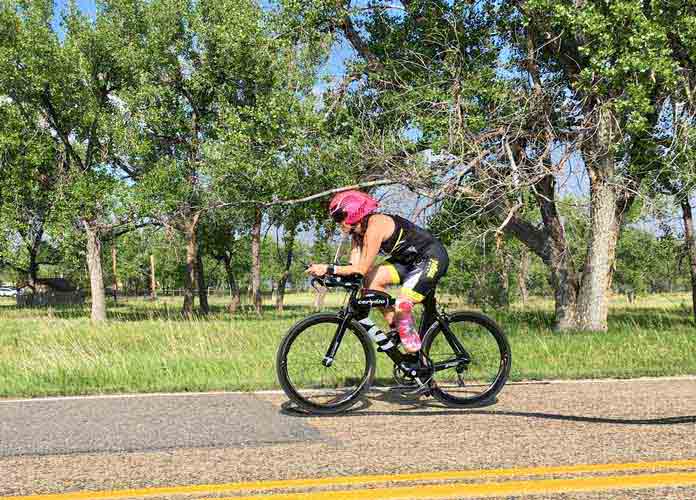 Paratriathlete Emily Harvey On Her Workout Routine, How It Compares To Other Athletes [VIDEO EXCLUSIVE]

Emily Harvey is not only a paratriathlete: she is also a disability rights attorney and non-profit founder, and seems to have a strong training routine for competitions.

The 33-year-old Denver athlete and lawyer explained her typical workout sequence in an exclusive interview with uSports.

“In general, my training is very similar to [that of] an athlete who has both of their legs,” said Harvey. “I do have to be particularly careful with running and putting a lot of pressure on my residual limb. My coach Mark Sortino at Team MPI has worked with a lot of paratriathletes, and so he and I really work together to make sure I’m not putting too much time on my leg as far as the run goes, and really just making sure that we balance the need to train the hours with not injuring my leg.”

Harvey’s left leg was amputated when she was 2 years old, a result of a condition she had called fibular hemimelia. This essentially means Harvey was missing her fibular bone and her left leg was much shorter than her right. She since wears a prosthesis. In June 2016, Harvey accomplished her most intense race when she completed the half Ironman triathlon (swimming, cycling and running) in Coeur d’Alene, Idaho in 7 hours, 32 minutes, 34 seconds to finish first in the physically challenged division.

“I’m already spending four hours on the bike on Sunday and I’m going to bump that up soon,” she explained about her preparation for the full Ironman. “I think I’m training between ten and 12 hours a week and we’re not even 16 weeks out yet, so really getting into that regimen of putting in a lot of time on the bike. I’m also swimming at least two times a week, my swims are between 3,500 and 4,000 meters and there are days when I have to do a workout in the morning before work and then a workout after work.”

Harvey added: “My weekends are definitely full of fun training time as well.”

In 2013, Harvey co-founded a non-profit named LIM359 (“Living in Motion for 359 days a year”). The insinuated joke in this name is that everyone needs six days off each year to rest. It provides opportunities for people with limb loss or limb difference to try new physical activities in a safe environment.

Clearly, Harvey has many more goals she hopes to accomplish.

You can learn more about Harvey by visiting her blog at amptrilife.wordpress.com.