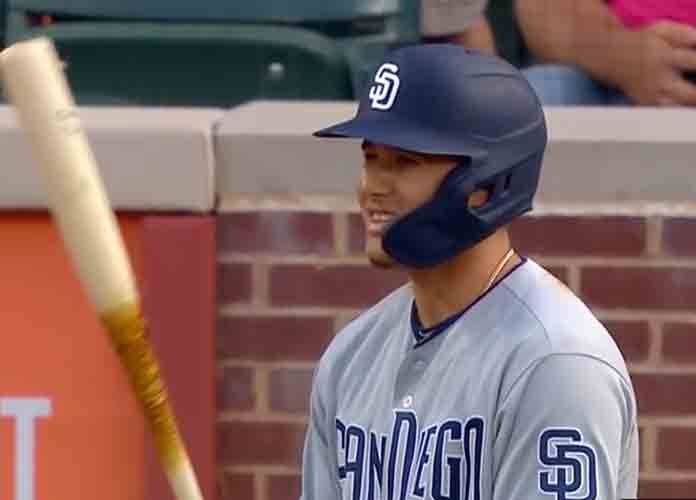 Manny Machado welcomed back to Baltimore with cheers (Image: Getty)

The Padres have an injury to a key player on their roster, after Sunday’s loss to the Colorado Rockies after Manny Machado went down early. In the first inning of the game, the third baseman injured his ankle while trying for an infield ground ball. During the fall, Machado left leg turned awkwardly, and he couldn’t put weight on the ankle after getting up and had to be helped off the field.

Just an awful injury for Manny Machado and the Padres.

Machado suffered a pretty nasty ankle injury at 1st base and was helped off the field.

Machado was later diagnosed with an ankle sprain after X-rays came back negative. Although the injury looked more serious at the time, the team is still very optimistic about Machado’s prospects going forward. Manager Ryan Flaherty said that there wasn’t any serious damage done. “Fortunately, when he felt himself slip, he was able to shift his weight to the right and probably avoid more serious damage. All in all, it’s as good as it could be,” he said. “We have to wait for some of the swelling to go down and he gets treated. We’ll probably have a better idea of that [Monday].”

Machado was replaced by Sergio Alcantra at third base, but the Padres were still in need of some help as the Rockies hammered the Padres 8-3 on the way to their 10th straight victory over them at Coors Field. The Padres have been very successful this season, and Machado has been one of the integral reasons that they’ve excelled. San Diego sits just half a game back from first place in the NL West, trailing the Los Angeles Dodgers. They’ve collected a good record away from home going 24-14 in all road contests.

Machado had been arguably their best player all season, batting .329 with 12 homers, 46 RBIs and 83 hits, leading the Padres in all categories. Machado has been valuable to San Diego, especially with the absence of shortstop Fernando Tatis Jr. who has not played this season due to a wrist injury sustained in March.