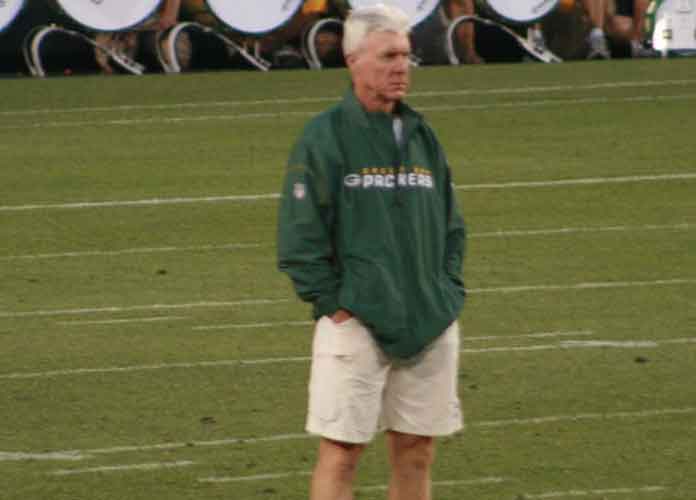 On just the second day of 2018, the Green Bay Packers have made a major announcement.

The Packers revealed Tuesday that Ted Thompson is transitioning from general manager to senior advisor to football operations as the team continues its search for a new GM.

Thompson has held his current position since 2005. He selected Aaron Rodgers out of California with Green Bay’s first draft pick that season. A year later, Thompson hired current head coach Mike McCarthy, who led the Packers to a Super Bowl victory over the Pittsburgh Steelers after the 2010 season.

The Packers (7-9) had a rough season this year, finishing third in the NFC North after losing their final three games, the last of which was a 35-11 road defeat to the Detroit Lions.

Green Bay — which has been eliminated from playoff contention this year — lost Rodgers to a broken collarbone early in the season and also displayed a lackluster defense. Defensive coordinator Dom Capers, who joined the team in 2009, was fired on Monday. Also dismissed were defensive line coach Mike Trgovac and inside linebackers coach Scott McCurley. The team’s record to end this season is its worst since Rodgers’ first year as a starter in 2008.

Thompson boasts a great track record as GM, though many Packers fans weren’t fond of his knack for rejecting free agency and relying on homegrown talent instead. Thompson also selected players like Clay Matthews, David Bahktiari and Mike Daniels. He has also picked several strong receivers like Randall Cobb, Jordy Nelson and Davante Adams, all first-rounders.

According to some reports, Packers staff members Eliot Wolf, Brian Gutekunst and Alonzo Highsmith could be candidates for the GM role.

Six NFL teams have head coaching vacancies as of this week. The Lions, the Chicago Bears, the Oakland Raiders, the New York Giants, the Indianapolis Colts and the Arizona Cardinals. The first five teams’ coaches — Jim Caldwell, John Fox, Jack Del Rio, Ben McAdoo and Chuck Pagano, respectively — were all fired, while Cardinals coach Bruce Arians retired after a five-year run and a 49-30-1 overall record.

The Giants, who also fired GM Jerry Reese after a 2-10 start, hired former Carolina Panthers GM Dave Gettleman last week. Gettleman, 66, previously served as a personnel executive for the Giants from 1998 to 2012.