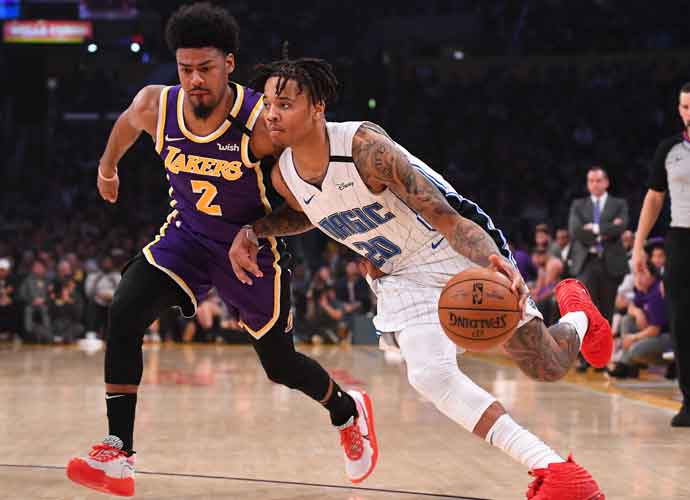 LOS ANGELES, CA - JANUARY 15: Quinn Cook #2 of the Los Angeles Lakers guards Markelle Fultz #20 of the Orlando Magic as he drives to the basket in the first half of the game at Staples Center on January 15, 2020 in Los Angeles, California. (Image: Getty)

Orlando Magic’s Markelle Fultz Tears ACL, Out For The Season

On Wednesday night, following a 105-94 victory over the Cleveland Cavaliers, the Orlando Magic announced that point guard Markelle Fultz tore his ACL and will be out for the remainder of the season.

In the very beginning of the game, Fultz was cut off by Cavs rookie Isaac Okoro and Fultz’s left knee buckled despite no direct contact. Fultz then found himself in pain on the floor for several minutes before being helped up into a wheelchair. Fultz joins Orlando’s forward Jonathan Isaac, who is out with the same injury.

Later on Wednesday, Fultz tweeted and said, “God has a plan for me and I know that this adversity will only make me stronger in the end. I believe in my brothers on this team and we have so much more to prove. To all the fans, keep riding with us,” Fultz said.

Last month, Fultz was signed to a three-year, $50 million extension and was finally showing what made him the No. 1 overall pick. Fultz was a playmaker and a finisher that averaged a career-high 14.3 points per game along with 3.6 rebounds and 6.1 assists in the first seven games of the season.

Fultz was drafted by the Philadelphia 76ers after they traded a future-first round pick in 2017 to pick him first overall. Fultz was the consensus No. 1 prospect out of Washington. Fultz was part of the Sixers’ rebuild and struggled for years with shoulder injuries.

Eventually, he was diagnosed with a scapular muscle imbalance in his shoulder, followed a year later by a diagnosis of thoracic outlet syndrome, a nerve ailment that impacted the feeling in his arm and hand. This sidelined him for the rest of his second season, during which he was traded to the Orlando Magic in February 2019.

“It’s a huge blow for us,” Magic center Nikola Vucevic told ESPN. “Unfortunately for [Fultz] this is really sad because for two years he had the injury with his shoulder, then last year he finally got to play and this year it was supposed to be a big year for him. He was ready and he started the season out awesome. This really sucks for a guy like him who has worked his way back. It’s hard to see, and you feel for the guy.”