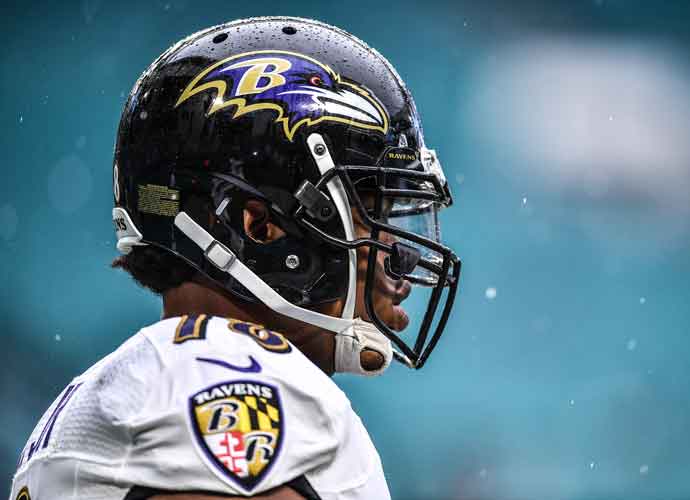 MIAMI, FL - AUGUST 25: Orlando Brown #78 of the Baltimore Ravens warms up before a preseason game against the Miami Dolphins at Hard Rock Stadium on August 25, 2018 in Miami, Florida. (Photo by Mark Brown/Getty Images)

Brown, 24, started at left tackle last season after he spent his entire career on the other side of the offensive line. As a result of his dismay, he has requested the trade so he can remain at the more valuable position, according to NFL Network’s Ian Rapoport. Rapport also reported that the Ravens are seeking a major haul if they end up trading Brown.

Brown expressed his desire to play at left tackle via Twitter, as he tweeted his thoughts on the situation. Also, when speaking with the Baltimore Sun, Brown Jr. made it clear that he wants to stay at left tackle to honor his later father, and former Raven Orlando Brown Sr.

“Growing up in my household, if you were going to play O-line, my dad didn’t want you being on the right side,” Brown told the paper in November. “It was one of those deals where he felt as though the right tackle — and especially at the time when he played — he felt the right tackle was not considered the best tackle on the offensive line and in the offensive line room. And his mentality and approach were, ‘I want you to be better than me.’ So from Day 1, when I started playing offensive line, it was always him working me on the left side.”

Considering Brown’s skill set, he will surely attract potential suitors for a trade. It all comes down to seeing if Baltimore is given the large haul they desire.