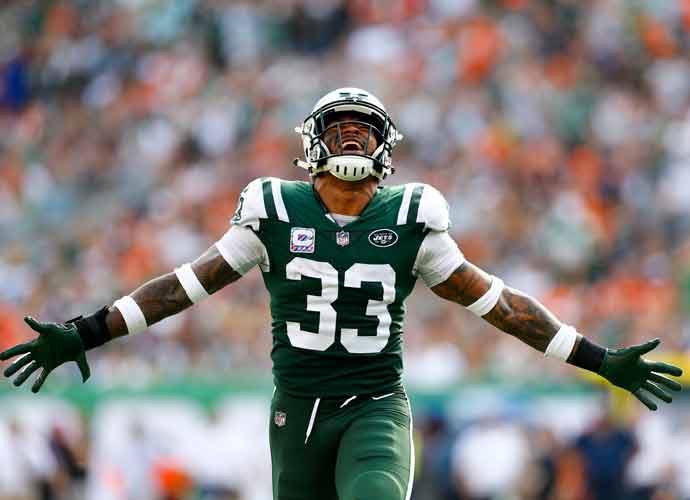 As discussions have continued to brew about New York Jets’ safety Jamal Adams and his trade request from the team, there have been numerous rumors of what team Adams could be traded to. Adams’ agent told ESPN’s Adam Schefter that there was a list of seven teams his client would be traded to, but there are some other team’s in the mix. Here is the breakdown of the seven potential landing spots for Adams and my opinion as to how likely this is:

Let me start off by saying that one of the reasons as to why the 24 year old wants a trade from the team, is because the two sides could not agree on a long-term contract. It has since come out that Adams would be willing to hold off on negotiating a contract extension if he were to be traded.

Baltimore Ravens: Last season the Ravens had one of the best defenses in football, but it was their run defense that stole the show. The Ravens’ pass defense was really good, sixth in the NFL in passing yards per game allowed. The Ravens ranked middle of the road however in interceptions as a team with 13. Three of the four spots on that Ravens’ secondary are already pretty much on lockdown with Marshon Latimore and Marcus Peters at corner and Earl Thomas at free safety. They could plug Adams in at strong safety and he would be a presence out there. Locking down on deep routes for some of those speedy defenders, while also being able to come down into the box and blitz, Adams could be plugged in anywhere for this team. The Ravens currently don’t have a lot of cap space for 2020, but have around $65 million in cap space in 2021, and have a slew of draft picks to give to the Jets. I would rate this trade destination a 4 out of 5 as given the win-now attitude of the Ravens, the fit makes sense and Adams can be the defensive anchor for the future the Ravens have not had since Ray Lewis.

Dallas Cowboys: It has seemed that the Cowboys are the preferred destination for Adams, being that he is from Texas, and there was interest from the Cowboys at the trade deadline last season. The Cowboys were tenth in passing yards per game allowed in 2019, but that is primarily credited to their front seven with guys like Jaylon Smith, Leighton Vander Esch and DeMarcus Lawrence, among others. The Dallas secondary was not great as they were tied for last in the NFL in interceptions with seven. The addition of Adams could be the last piece in what the Cowboys have been looking for in having success in the playoffs for the first time since the 90s. He would add to the young core that is already there in Dallas. The issue is, however, that money is tight for the Cowboys as Dak Prescott is expected to get a max-deal, Smith and Lawrence have signed big extensions along with La’el Collins, Ezekiel Elliott, Amari Cooper, Zach Martin and Tyron Smith, so the odds of there being an extension for Adams. The fit would be great, but given the lack of money, I give this trade a 3 out of 5, even if Adams holds off on asking for an extension.

Kansas City Chiefs: Similar to Dallas, the Chiefs have very little cap space to begin with and they are expected to sign a massive extension with their franchise quarterback Patrick Mahomes, somewhere in the ballpark of $200 million. Kansas City would also have to probably part ways with Tyrann Mathieu so that they could plug Adams in at safety. It would be a dream scenario for the Chiefs to create a mini dynasty, but it is really unlikely to happen so I give this trade a 2 out of 5.

San Francisco 49ers: The team with the best defense in all of football in 2019 could get even better with the addition of Adams. Jaquiski Tartt is entering the final year of his contract so Adams could plug right in there on a long-term deal. 49ers general manager John Lynch knows the importance of having a quality safety given his success in the league as a player. The question is will Lynch opt to pay Adams, or some of the anchors on the defensive line that they have in Arik Armstead, Dee Ford, and Nick Bosa. I am really not 100% on how good the fit would be, so I would give this a 2.5 out of 5.

Seattle Seahawks: The Seahawks had one of the worst pass defenses in all of football last season, so the addition of Adams would be very welcome. The Seahawks could pair Adams with Quandree Diggs, which would allow them to stop some of the top tier offenses they play. The Seahawks will also have a lot of cap space next offseason, and have made big time trades in the past. I would not be surprised if head coach Pete Carroll and the team would want to get back to having the best defense in the NFL as they did with the Legion of Boom. Adams could be an anchor on that defense for the next five or more years on this team. I would give this trade a 3 out of 5.

Houston Texans: Given the recent history of the Texans to make blockbuster deals, they are a definite possibility for Adams. Head coach and general manager Bill O’Brien needs a successful move to pan out for his sake as well to keep quarterback Deshaun Watson happy. The Texans had the fourth worst pass defense in the entire NFL in 2019. A variety of injuries have hurt this team in the past and given how they blew a big lead to the Chiefs in the playoffs, they need an anchor in their secondary to slow down opposing offenses. I feel that the Jets could get immense value for Adams from the Texans, especially given how poorly the Texans handled the DeAndre Hopkins trade. The Texans are however tight on cap space with Watson expected to get a massive deal. This is my least favorite trade destination for Adams of the ones he listed, I give this a 1 out of 5.

Philadelphia Eagles: Finally we have the Eagles, who have the most cap space for 2020 out of any of these seven teams. They traded for Darius Slay in the offseason to help bolster what was a secondary of much criticism in 2019. Trading for Adams would make this team a Super Bowl contender for years to come, and allow them to slow down a team like the Cowboys in their own division with their offensive firepower. The Eagles already have a strong pass rush with Fletcher Cox, Derek Barnett and Brandon Graham, among others, so the addition of Adams, who as mentioned can play in multiple positions on the defensive side of the ball, would allow for a variety of different looks the Eagles could throw at teams. Getting a veteran safety is always hard to do on the open-market, so a trade for Adams could allow the Eagles to reign over the division for years to come and have a cornerstone of their defense for well into the decade of the 2020s. I give this trade a 4 out of 5.

So no perfect destinations for Adams, but as the offseason progresses, things could change. Who knows what the Jets will be able to get for their star and what they want for him. That will dictate where he goes as if the Jets are asking for an astronomical amount, that could take some teams out of the market. Should make for an interesting buildup to the 2020 season.