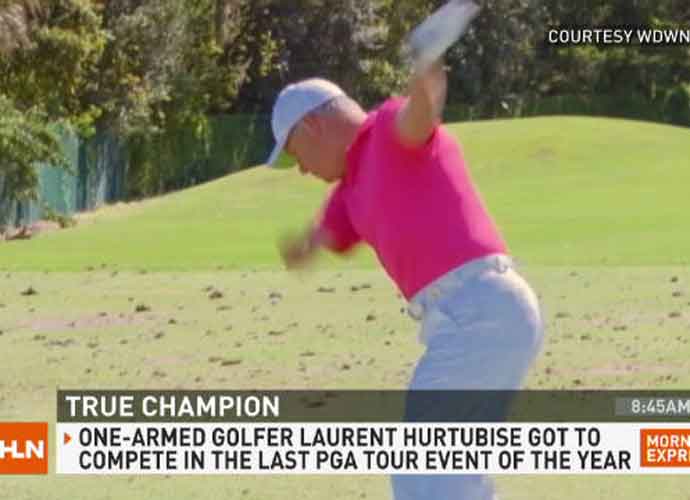 While the world’s top golfers took the course at this week’s PGA Tour event in California, it was an amateur who is making headlines for an incredible shot. Amateur Canadian golfer Laurent Hurtubise sunk a hole-in-one on the 4th hole of the PGA West Stadium Course in La Quinta, CA.

Hurtubise was born without most of his right arm and sunk the shot on the 151-yard par-3 hole in front of fans and pros.

He has been playing golf since he was 11 and has made it his mission to be an inspiration to people living with similar conditions.

Laurent Hurtubise was born with one arm and started playing golf at age 11.

After the shot, the whole group lost it as high fives were shared all around.

Tour members were left excited and speechless. Greg Chalmers said, “It landed around the front of the green and we were all watching it closely as it tracked toward the hole and then, bang, it disappeared.”

Troy Merritt added that it was, the coolest experience I’ve had on the golf course.”

Despite the amazing shot, Hurtubise says inspiring others is his real thrill.

“I wish I could do more of that, to be honest”, he said. “But it does feel fulfilling when someone tells me they’ve been inspired to play a sport because of me.”