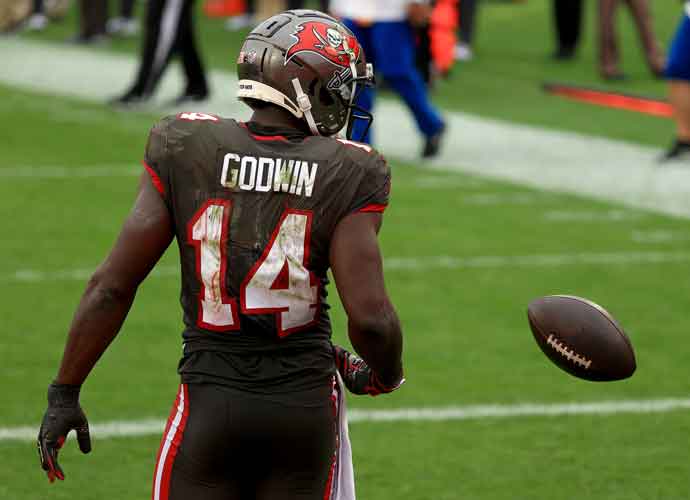 TAMPA, FLORIDA - JANUARY 03: Chris Godwin #14 of the Tampa Bay Buccaneers celebrates a touchdown during a game against the Atlanta Falcons at Raymond James Stadium on January 03, 2021 in Tampa, Florida. (Photo by Mike Ehrmann/Getty Images)

It’s not every offseason you see a team take care of a player the way the Tampa Bay Buccaneers have taken care of Chris Godwin.

The receiver signed a three-year, $60 million deal with the team this offseason despite a 2021 ACL injury that could cost him games in 2022—and the Bucs have no plans to rush him back!

One of the top slot receivers in the game, Godwin’s averaged 81.9 receiving yards per game since 2019, fourth best in the NFL. Godwin finished the 2021 season with 98 catches for 1,103 yards and five touchdowns in 14 games.

Mike Evans will maintain his top receiver spot on the team, while Tampa Bay signed Russell Gage to hold Godwin’s spot. Cyril Grayson, Tyler Johnson and Breshad Perriman are the other pass-catchers on the roster.