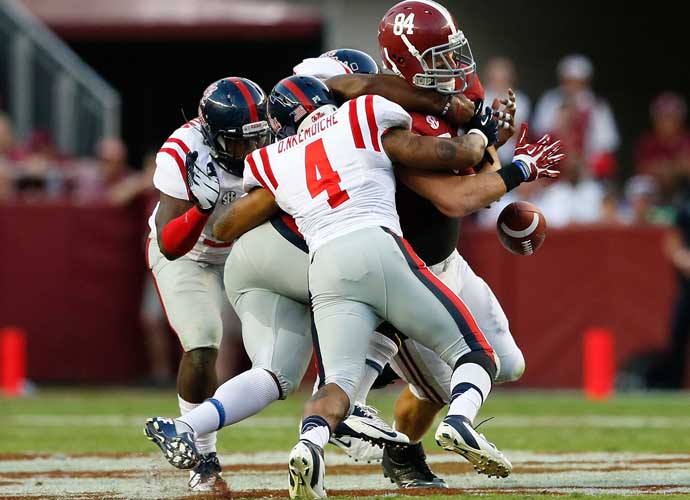 Ahead of a big match-up against LSU, Ole Miss may be without their defensive star Denzel Nkemdiche.

While coach Hugh Freeze said the linebacker was questionable due to a “a personal matter,” it appears that matter is medical in nature. On Monday, he was taken to the Baptist Memorial Hospital; he remained there as of Wednesday, according to rebelgrove.com

Regardless of his status and the cause of his hospitalization, the team is standing with him. “We are going to walk through it with him,” Freeze said. “When issues come up that you need to get through that involve one of our players and anything with their family, we just want to support them and help them through it.”

Read more about:
Denzel Nkemdiche Ole Miss
Listen to the uInterview Podcast!
Get the most-revealing celebrity conversations with the uInterview podcast!