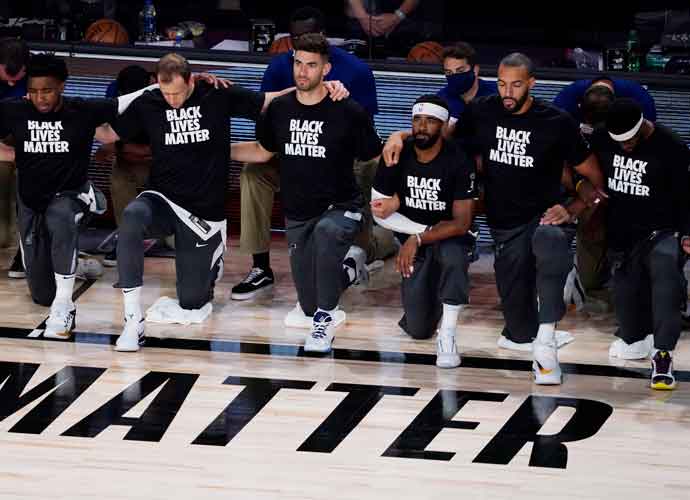 The backlash to the NBA restart’s message of social justice and racial equality has begun with Oklahoma state Rep. Sean Roberts threatening Oklahoma City Thunder players that if they kneel it could have negative tax implications for the team. “If the Oklahoma City Thunder leadership and players follow the current trend of the NBA by kneeling during the national anthem prior to Saturday’s game, perhaps we need to reexamine the significant tax benefits the State of Oklahoma granted the Oklahoma City Thunder organization when they came to Oklahoma. Through the Quality Jobs Act, the Thunder is still under contract to receive these tax breaks from our state until 2024,” Roberts said in the statement.

He went on to make some other wild allegations in the statement tying the BLM movement to Marxism. “By kneeling during the playing of the national anthem, the NBA and its players are showing disrespect to the American flag and all it stands for,” he said. “This anti-patriotic act makes clear the NBA’s support of the Black Lives Matter group and its goal of defunding our nation’s police, its ties to Marxism, and its efforts to destroy nuclear families.”

This is pretty abhorrent behavior from a public servant trying to strong-arm a bunch of basketball players out of their constitutional right to protest through extortion. It was clear that his threats did not do much to the Thunder players who all kneeled during the national anthem.