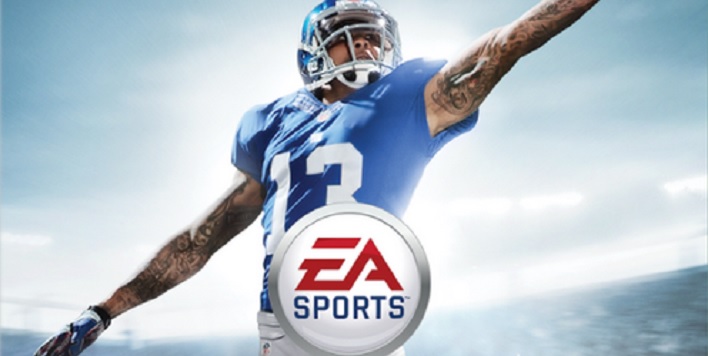 Originally, it started with four players: Gronk, Patrick Peterson, Odell Beckham Jr. and Antonio Brown. And on Tuesday the finalists were announced: the Patriots’ hulking tight end and the Giants’ rookie of the year.

But now, it is official: the Madden 16 cover athlete is Odell Beckham Jr.

Surprisingly, it was an incredibly close race with Odell securing only 52.5 percent of the 341,000 votes. To be honest, between his domination and national phenom status, I expected the young receiver to walk away with the vote easily. But it appears that Gronk has loyal fans and they love his goofy personality.

“I am definitely excited, definitely honored,” the monotone Beckham said on SportsCenter. “To me it’s just kind of mind-blowing, still just thinking about playing one year of football and then given the opportunity to now be on the cover with all these other people. I’m kind of at a loss of words.”

As for Gronk, he graciously accepted defeat with a smile on his face. “Odell is an amazing player and it’s just a humbling experience to be in the finals of a Madden’s cover.  So congratulations to you dog.”

With 91 receptions, 1,305 yards and 12 touchdowns, Odell is the youngest player, at 22, to ever grace the Madden cover: the closest before him was Vince Young (24).

Hopefully, the Madden cover curse will not affect him: some players have horrible following seasons — Adrian Peterson, Peyton Hillis and even Ray Lewis — and others phenomenal — Larry Fitzgerald and Calvin Johnson. Let’s just hope for the latter.

On top of this, EA Sports provided the first official look at Madden 16.