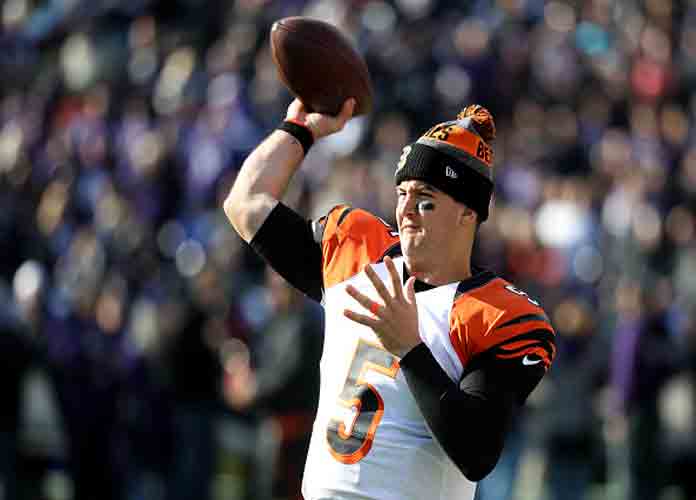 BALTIMORE, MD - NOVEMBER 27: Quarterback AJ McCarron #5 of the Cincinnati Bengals warms up prior to a game against the Baltimore Ravens at M&T Bank Stadium on November 27, 2016 in Baltimore, Maryland. (Photo by Rob Carr/Getty Images)

On Thursday, the Oakland Raiders released both AJ McCarron and Jordy Nelson. The two had spent only a year with the team, the major acquisitions from an offseason that featured star player after star player being banished from Oakland.

After being cut by the Green Bay Packers, Nelson was picked up by Jon Gruden. There were concerns over adding a 33-year-old receiver that relied on explosiveness but he put up 63 passes caught for 739 yards and three touchdowns. While not a bad stat line, it wasn’t enough to elevate the team.

McCarron’s story is similar. In Septemeber, the Raiders traded a fifth-round pick to the Bills for the backup quarterback. McCarron had spent four years sitting behind Andy Dalton in Cincinnati, failed to beat out Nathan Peterman, the league’s worst starter, for a job, and now was being brought into Oakland. He’d attempt only three passes during his time there despite an up and down year for starter Derek Carr.

Throwing away a fifth-round pick for a backup quarterback wasn’t an odd thing for the Raiders front office. They had thrown away a third-rounder on oft-suspended wide receiver Martavis Bryant. He caught only 19 passes for 266 yards with the Raiders.

These cuts come as the Raiders try to reshape their franchise and right the wrongs of the last offseason. After dealing away Amari Cooper and Khalil Mack the team owns three first-round draft picks. They’ve brought in an elite wide receiver in Antonio Brown and shored up the offensive line by signing Trent Brown. Not only does Carr have weapons and protection, but he also seems to have a bit more faith from coach Gruden. With three moveable picks, the team would’ve surely moved up in the draft by now if they didn’t.