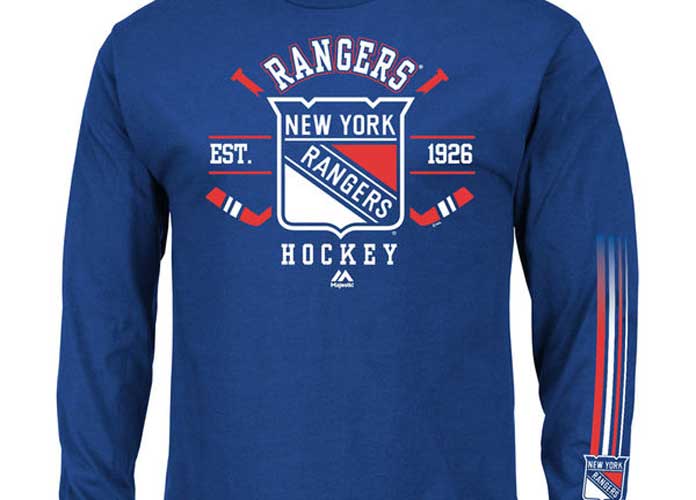 “I am deeply saddened by the passing of Rod Gilbert — one of the greatest Rangers to ever play for our organization and one of the greatest ambassadors the game of hockey has ever had,” Rangers owner James Dolan said in a statement. “While his on-ice achievements rightly made him a Hall of Famer, it was his love for the Rangers and the people of New York that endeared him to generations of fans and forever earned him the title, ‘Mr. Ranger.’ Our thoughts are with Rod’s wife, Judy, and the entire Gilbert family during this difficult time. They will always be a part of the Rangers family.”

You will be missed more than we could ever express, Rod. Forever a Ranger. https://t.co/k89HOk0lJA pic.twitter.com/XhluvDH7Cq

Gilbert played with the Rangers from 1960 to 1978. Across parts of 18 seasons, Gilbert tallied 406 goals and 615 assists as a winger, for a total of 1,021 points in 1,065 games. Gilbert added 34 goals and 33 assists in 79 playoff appearances, including two trips to the Stanley Cup Finals. In the playoffs, Gilbert had 34 goals and 33 assists in 70 playoff appearances. He led the team to the Stanley Cup Finals twice, but the team failed to win the cup.

Gilbert’s No. 7 jersey became the first number ever to be retired by the Rangers and was raised to the rafters in 1979. He was inducted into the Hockey Hall of Fame in 1982. In his post-playing career, he dedicated himself to humanitarian efforts and partook in various charities including the Garden of Dreams Foundation and the Ronald McDonald House.