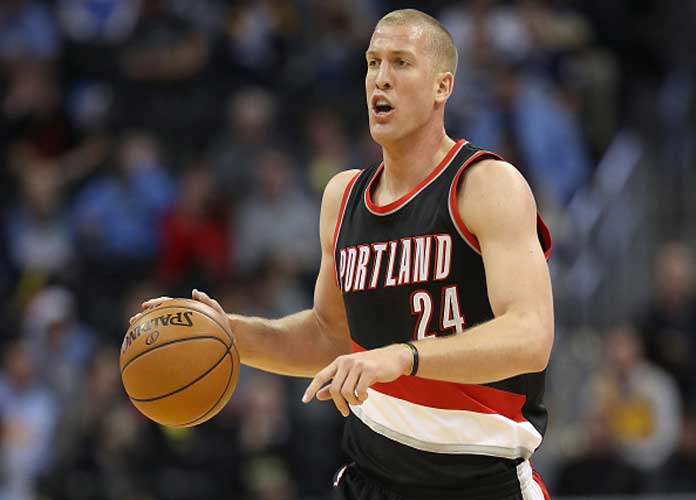 DENVER, CO - DECEMBER 15: Mason Plumlee #24 of the Portland Trail Blazers brings the ball down court against the Denver Nuggets at the Pepsi Center on December 15, 2016 in Denver, Colorado. (Image: Getty)

The Denver Nuggets and Portland Trail Blazers have agreed to a trade involving two major players.

As part of the deal, the Blazers also yielded a 2018 second-round draft pick, while the Nuggets surrendered a 2017 first-round pick.

“We are pleased to add a young center with Jusuf’s talent and potential to our roster and excited by the prospect of three first round picks in the 2017 NBA Draft,” said Blazers GM Neil Olshey in a release. “We also want to thank Mason for his many contributions to the organization these past two seasons. His presence will be missed and we wish him all the best for the future.”

Thanks to the opportunities you have given me in the Denver Nuggets. Former teammates, fans and the club I wish all the best. Now its time for new challenges! #RipCity

Plumlee, 26, averaged 11.1 points, 8.0 rebounds and 1.2 blocks through Portland’s first 54 games. He and CJ McCollum were the only Blazers starters to play in every game this season. The former first-round pick is set to become a restricted free agent this summer.

Nurkic, meanwhile, 8.0 points and 5.8 rebounds in 45 games for Denver. He started the season as the team’s top center, but was soon overshadowed by Nikola Jokic. According to Marc Stein of ESPN.com, the Nuggets began looking to trade Nurkic anywhere in the NBA in January.

The Bosnian will likely be expensive for Portland, and for a team that is 23-21, this seems like a risky move. Nurkic has one deal remaining on his rookie contract, which gives the Blazers one year to make a final assessment of their most prudent options. There’s also the fact that Nurkic was injured for much of last season to consider.

DENVER, CO – DECEMBER 15: Mason Plumlee #24 of the Portland Trail Blazers brings the ball down court against the Denver Nuggets at the Pepsi Center on December 15, 2016 in Denver, Colorado.